Filipino Celebrity Asks the Public to Donate for Typhoon Tragedy 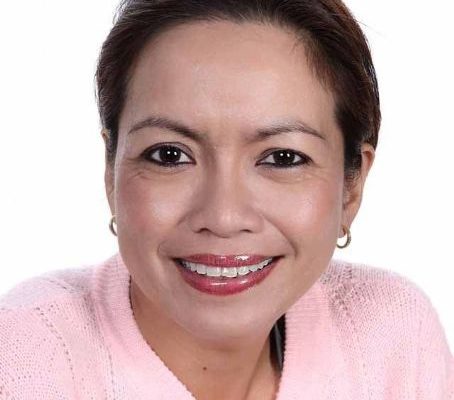 Rising Filipino reality star Marmee Cosico has asked the public for help in the wake of the recent typhoon that has impacted her home country. Marmee is asking for the public’s help after the tragic typhoon brought her home country to it’s knees.

The Filipino native was born on November 10, 1969 in San Pablo City, province of Laguna.  She has been living in New York since September, 2002. In recent years she has had roles in movies such as Fighting with Channing Tatum and starring alongside Angelina Jolie in Salt.

Cosico pursued a career in acting in the latter part of 2005. In mid-2009, Cosico began recording foreign language voice overs (Tagalog language)Robe de Soirée and freelance health writing jobs both online and on printed papers. She is also currently working on a documentary about her crazy life in New York with cameras following her around the city.

The famed actress is now requesting that all her fans help the victims by making a donation of any amount via The Red Cross.

The toll remains overwhelming with thousands dead, about 3 million people displaced, vast communities flattened and looting and violence erupting in Tacloban, a major city that’s the ground zero in the super typhoon strike.

Crews continued to collect bodies from streets, with the death toll increased Sunday to 3,681, according to the official death count.
Robe demoiselle d’honneur verte
Ms Cosico expressed her sorrow from a New York City hotel where she is currently residing.

“I am sorry for this terrible tragedy that has fallen in my country, the Philippines. I trust RED Cross will give your donations directly to the victims of typhoon, Haiyan. Red Cross helped us here in NY shelter during the typhoon Sandy last year. I am very disappointed on how the politicians are manipulating the funds donated by other countries. There has been tons of donations that already arrived in the Philippines but the victims don’t receive them at the right time. I believe that Red Cross Organization will deliver them on theRobe demoiselle d’honneur violette right time,the right manner and the right way. Thank you for your donations and support.”

While she was attending medical school she worked as a court psychologist and an Expert Court Witness in various Regional Trial Courts in the Philippines in order to support her medical education. She reduced into writing psychological case reports on civil cases focusing on Annulment of Marriage.
Robe mère de mariée
The former model wants to use her success as an example to others on how you can overcome adversity and tackle challenges head-on.

She is currently working on a screenplay which she hopes to present to the movie studios within the next 6 months.