Home / Culture / Raise Your Voice, Not Your Hands!

Raise Your Voice, Not Your Hands! 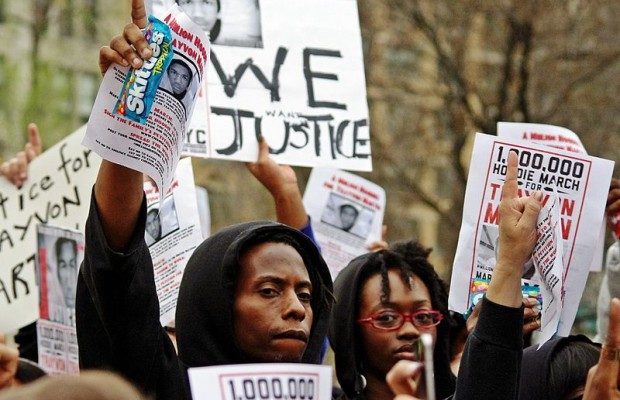 Knowing that there will be some backlash and anger no matter what the George Zimmerman murder trial outcome will be, the Florida police department is sending out a public service announcement to the residents of Florida “Raise your voice, not your hands!”

The Zimmerman case is a very public, racially-tinged one that has millions of people openly expressing their opinions on both sides. The Florida police are anticipating that the outcome of the case will have dire consequences when people from either side aren’t happy with the jury’s decision.

Thus, they decided to prepare a video starring a young black male and Hispanic female urging the public not to become violent when the verdict is in, because we all know unruly youths have no problem listening to corny PSA videos made by the police department.

Jon is Pop Focal's resident nerd. An expert in movie and video game knowledge and a collector of things that clutter up the offices. A former radio and TV personality who brings a very different attitude to the Pop Focal network.
Related ItemsCourtFloridaGeorge ZimmermanpolicePSARiotTrayvon MartinTrial
← Previous Story News Reporter Plays Air Guitar, Anchor Not Amused