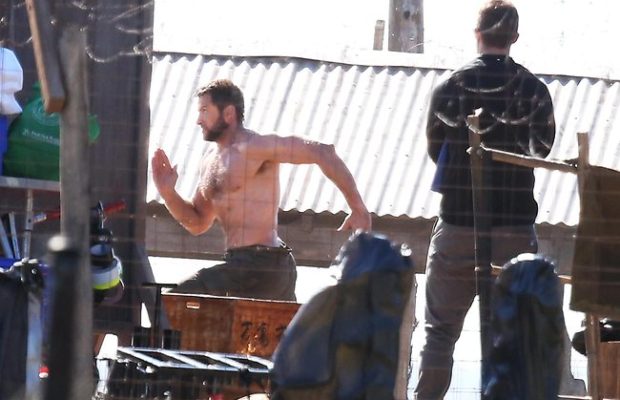 It’s been a busy few days in the world of movie news let’s get ya caught up.

The Wolverine has begun shooting in Australia. The sequel to the X-Men prequel is apparently a prequel, which I think is the first time that Hollywood has given us a prequel to a prequel. Hugh Jackman has been seen filming in what looks like a World War 2 Japanese POW camp. Which would lead us to believe the events of the miserable X-Men Origins: Wolverine will be forgotten. In unrelated X-Men news Bryan Singer who directed the first 2 X films and has been acting as producer on the prequels announced that the followup to Matthew Vaughn’s X-Men: First Class sequel will be called X-Men: Days of Future Past. Revealing that it will deal with, “aspects of that comic” it is based on, Singer seemingly hints that time travel will indeed play a role as he discusses an expanded universe and more connectivity between these prequels and the past X-Men movies. One must wonder if this is a way to get the cast from the original X-Men movies together for an unofficial X-4. And also what presence will Hugh Jackman’s Wolverine have if any.

Thor: The Dark World has also begun production and the villain has been revealed. Christopher Eccleston the actor, probably best known to sci-fi fans for his turn as the ninth Doctor Who, will play the Dark Elf ruler, Malekith The Accursed. The last time Eccleston played a villain on screen was as Destro in the first G.I. Joe movie and he was probably one of the best things about that turd so good for Marvels casting department. When asked his thoughts following the announcement Eccleston said “’Thor 2′? Yeah I start shooting in August. I haven’t seen a script yet which makes me nervous but yeah! Alan Taylor is directing who has done ‘Game of Thrones’ so it should be good”. Casino Royale Danish actor Mads Mikkelsen was initially up for the role, but had to drop out considering Marvel was, “little too late.” Mads added that “Hannibal came in, and everything just came in the same period.” Anyhow, filming begins in London this month

As expected the Batman franchise will go on despite the fact that Chris Nolans Dark Knight Trilogy has come to an end. And though it may be a reboot and not a continuation of Nolans films, it sounds like Warner Brothers got the hint about movie goers not wanting to see another origin film after watching this summers luke warm reception to the Spider-Man reboot. In fact it seems they want to launch the new Batman franchise off of the Justice League movie they have been trying to get  made for the last decade or so. With Superman getting a reboot next summer don’t be surprised to see that used to springboard DC’s film universe much like how Marvel used Iron Man. Regarding Batman we were told by a DC Entertainment insider that a new Batman movie is slated for some time around 2016 following the Justice League movie; that it will not be an origin story, but will feature a Batman who is entering his second year as a hero, with the title tentatively named “The Batman.”

Concept art of the “Guardians Of The Galaxy”

After last month’s Comic-Con announcement that Guardians of the Guardians will expand the 2nd Phase of Marvel’s cinematic universe, recent reports showcase progress leading up to its 2014 release, exactly two years from now. The studio has hired a new scribe to come aboard & rewrite the first draft penned by Nicole Periman. Christopher McCoy, who has three scripts on a survey of top motion picture screenplays not yet produced, known as The Black List, will pen the Guardians of the Galaxy rewrite. Despite three of McCoy’s screenplays landing on The Black List – Get Back, Good Looking and Good Kids– Disney recently purchased another pitch from him involving a high-concept romantic comedy. McCoy has been praised for having a “quirky comedic” element in his scripts which should be interesting given the nature of the project. Marvel Studios has dubbed “Guardians of the Galaxy” a “big space epic” that will introduce various cosmic entities from the Marvel Comics universe. The superhero team first appeared in “Marvel Super-Heroes #18” in 1969, created by Arnold Drake & Gene Colan. In 2008, the team was rebooted by Dan Abnett & Andy Lanning in “Guardians of the Galaxy (vol. 2) #1.” The team’s live-action roster will include Star-Lord, Drax the Destroyer, Gamora, Rocket Raccoon, and Groot. And also Thanos, the villain who made his live-action debut unexpectedly during Marvel’s The Avengers mid-credits stinger, is expected to reprise his role. With no director yet attached, Walt Disney Studios Motion Pictures has scheduled “Guardians of the Galaxy” for release on August 1, 2014.

Jon is Pop Focal's resident nerd. An expert in movie and video game knowledge and a collector of things that clutter up the offices. A former radio and TV personality who brings a very different attitude to the Pop Focal network.
Related ItemsbatmanBryan SingerChristopher EcclestonDCGuardians Of The GalaxyMarvelThorWolverinex-men
← Previous Story An Open Letter To Dan Aykroyd Regarding Ghostbusters 3
Next Story → Judgment Is Coming