PIXAR Doing Sequels To Everything That’s Not THE INCREDIBLES 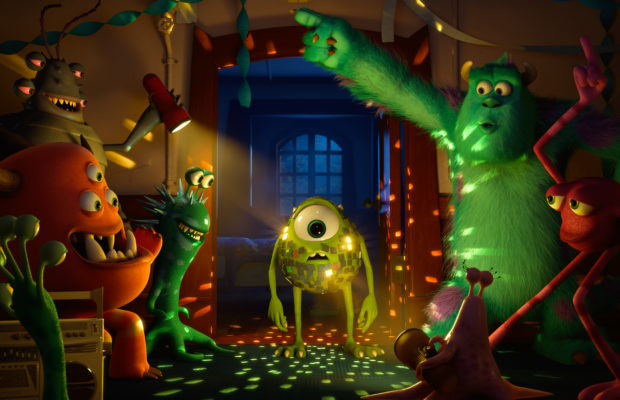 “Finding Nemo 2,” and “Monsters Inc. 2” are reportedly both in the works and expected to be released during the next few years. And “Toy Story 4” could be next. The originals of each of the three movies brought in hundreds of millions of dollars worldwide in box office sales and helped solidify the Disney-Pixar collaboration as the apex of film animation. And now fans are being rewarded for being patient, as “Monsters Inc. 2” to be titled “Monster University” has been greenlighted and has a release date June 21, 2013. “Finding Nemo” director Andrew Stanton who last directed “John Carter” aka Disney’s worst bomb since “Mars Needs Moms” is reportedly set to return.

Tom Hanks said last year that he believed “Toy Story 4” was going to be made. Rumor has it that Hanks, Tim Allen, Michael Keaton and Joan Cusack will be providing voice work, and “Toy Story 4” is expected to be released sometime in 2015. That report has not, however, been confirmed by Disney or Pixar, neither of which have said they will are working on a fourth “Toy Story” film. A Pixar rep simply told the Washington Post, “we’re not commenting” when asked about potential “Toy Story 4” plans after Tom Hanks blabbed about such a possibility last June.

As for the “Incredibles” sequel that Pixar fans have been wanting since 2004, well there’s currently nothing happening with that. At last word writer and director Brad Bird, who made his live action directing debut with last years “Mission Impossible: Ghost Protocol”, said that he has “Ideas” for a story but not enough for a full movie. And that he doesn’t want to rush a story just for a cash grab (ie. Cars 2), but wants to make it as good as the second “Toy Story” film. Pixar has a long standing tradition of not revisiting projects without the original creator or directors blessing/involvement, which is another reason why there hasn’t been a sequel done.

Jon is Pop Focal's resident nerd. An expert in movie and video game knowledge and a collector of things that clutter up the offices. A former radio and TV personality who brings a very different attitude to the Pop Focal network.
Related Itemsdisneyfinding nemomonsters universitypixarthe incrediblestoy story
← Previous Story Kunis and Franco and Weisz, Oh My!
Next Story → Countdown to THE DARK KNIGHT RISES: Best Fan Trailers