The Return of Axel Foley 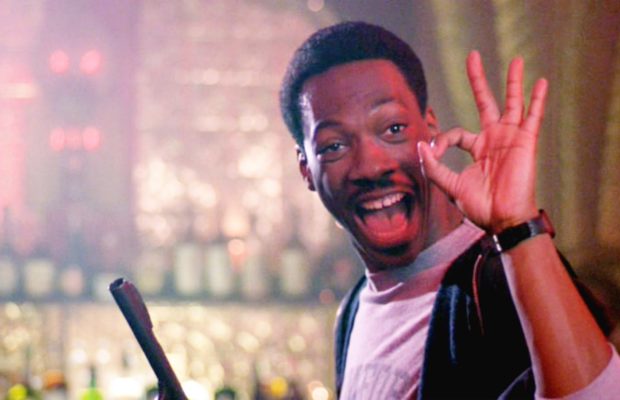 Though it recently looked like the Beverly Hills Cop saga would continue on television, Paramount Pictures has begun moving fast on another movie. The studio has enlisted Eddie Murphy to reprise his role as Axel Foley, and they’ve set Josh Appelbaum and Andre Nemec to write that script. That duo has done very well at the studio, with recent script credits that include Mission: Impossible–Ghost Protocol and the Teenage Mutant Ninja Turtles remake. The series began in 1984, tailor made for Murphy as the tough talking Detroit cop who was an outsider and excoriated by authority, but who was the smartest cop on the block. Martin Brest directed the first one, Tony Scott helmed the second, and the last one was directed by John Landis in 1994, back when Murphy was one of the studio’s biggest stars. The series grossed near $750 million collectively. Paramount adds that to another retro project that originated in the ’80s, a sequel to 1986′s Top Gun, which has been in limbo since the film’s director, Scott, committed suicide. Tom Cruise was ready to star at that point.

We hear the newest installment in the film franchise was fueled by the interest sparked by the Beverly Hills Cop pilot this past season. The project, written by Shawn Ryan and executive produced by Murphy and Ryan, ignited a bidding war before landing at CBS last fall where it went to a pilot starring Brandon T. Jackson as Axel’s son. Murphy reprised his role in a scene-stealing turn that had people talking. It showed that the character and Murphy’s portrayal are still pretty potent. The pilot was produced by Sony Pictures TV, with Paramount, as rights holder, coming on board after the pilot green light for what the company billed as its re-entry into television. (Paramount is restarting a TV production operation.) For whatever reason, Paramount-CBS politics or pilot testing depending who you ask, the project shockingly did not go to series. But it drew enough attention to the franchise to spawn a new movie.

Jon is Pop Focal's resident nerd. An expert in movie and video game knowledge and a collector of things that clutter up the offices. A former radio and TV personality who brings a very different attitude to the Pop Focal network.
Related ItemsAxel Foleybeverly hills copeddie murphymovieParamountsequel
← Previous Story SDCC 13: The Age Of Ultron Is Upon Us
Next Story → Now There’s 3 Avatar Unnecessary Sequels