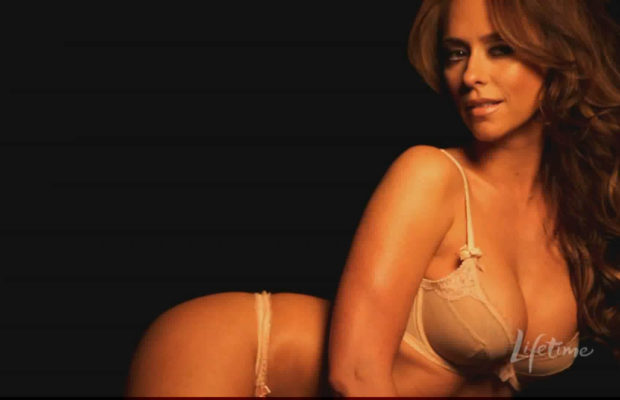 Once upon a time, Jennifer Love Hewitt starred in a one-off Lifetime original movie that was basically Showtime’s Weeds but with handjobs instead of pot. The audience (women?) loved it so much that Sony and Lifetime commissioned it to series. Since the movie was successful only because of Jennifer Love Hewitt’s boobs, a deal was cut that would bring her to the series as actress and executive producer.

The show has two seasons before JLH kicked crazy into high gear and demanded her real-life fiance/baby-daddy play her character’s baby-daddy. So Sony and Lifetime decided they’d rather sacrifice their series than hire him (something I think he should make sure stays off his IMDb page).

…Lifetime and Sony TV were in a creative standoff with star Hewitt over storylines for a potential third season after the actress, who is an executive producer on the show, had requested that Brian Hallisay, her real-life fiance and father of her baby, also play her character Riley’s baby daddy on the show. I hear the issues eventually became too much for Lifetime and Sony TV, leading to today’s formal cancellation.

Follow Pop Focal on Facebook and Twitter for updates on movies, television, tech and viral pop culture.
Related Items
← Previous Story Chloe Is Back To Live Another Day