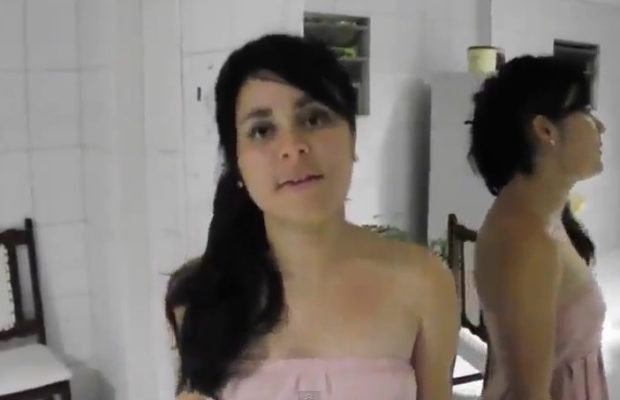 After a Japanese man paid $780,000 to sleep with a 20-year old virgin from Brazil, another young girl has taken the advise and is selling her virginity too. Rebecca Bernard lives in the small farming town of Sapeacu, Brazil. Her mother suffered a stroke and has medical expenses and needs help with daily tasks such as eating and using the bathroom. To save her family she decided to put her virginity up for auction.

As CNN reports, a local TV station offered to pay for the medical expenses if she took herself off the auction block. After hemming-and-hawing the deal “fell through” and she now claims she wants to not only help her mother but move to another town.