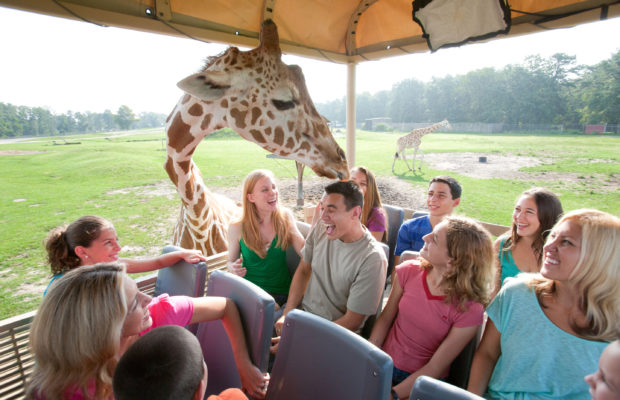 Six Flags Great Adventure located in Jackson, NJ is a short drive from New York City and Philadelphia making it an ideal destination for families looking for thrills for the day. That’s the focus going into the new year as the park is moving to make families a high priority.

The changes for next year include merging the world’s largest safari with the world-renowned park to create the world’s largest theme park. Guests will now be able to get up-close-and-personal with animals through a new Wilds Family attraction which brings guests through the safari allowing them to get closer to the animals than ever before. Add to that a zip line over the safari and a safari stop called Camp Aventura.

The changes restructure the park slightly to incorporate the previously separated safari with the main attraction theme park.

The water park, Hurricane Harbor, wasn’t left out of the news. The water park will add another new slide in 2013, Big Wave Racer. That is expected for Summer 2013.

Season Passes are now on sale and allow access to this year’s Fright Fest. Another popular move this year that seems to be continuing is the option to pay for your season pass in installments, making passes for families more affordable.

Follow Pop Focal on Facebook and Twitter for updates on movies, television, tech and viral pop culture.
Related Items2013annoucementgreat adventuresafarisix flagstheme parkworld's largest
← Previous Story Vivienne Jolie-Pitt has caught the overworked bug (Plus: Other Workin’ Babies)
Next Story → The Best YouTube Series No One is Watching