Home / Viral / The Best YouTube Series No One is Watching 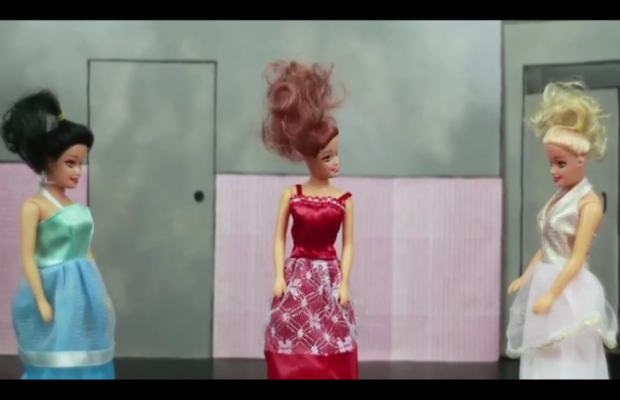 While I was trying to emotionally detox from Breaking Bad, a good friend of mine, and fellow blogger, introduced me to “The Most Popular Girls in School,” the hilariously, messed-up brainchild of two gentlemen named Mark Cope and Carlo Moss. The series, which is on its 9th episode, follows the trials and tribulations of teenage girls in a midwestern high school. Did I say trials and tribulations? I’m sorry, I meant a blood feud between the most popular family in town and the cheerleading squad.

The first video has nearly 308,000 views, which is by no means a small number, but in the world of YouTube videos I’m shocked they aren’t doing better. Dogs smelling farts have more views. The show is absolutely brilliant; filmed in stop-motion using Barbie dolls, each character is voiced by a male actor and absolutely twisted in their own way. If it wasn’t for the excessive use of curse words, I’d probably use this moment to spew off some of my favorite quotes.

I can honestly say this is the first YouTube series I’ve gotten into that I haven’t given up on. Cope and Moss have clearly found their target audience in me. I see this thing getting bigger and don’t you want to get in on the ground floor? Check out the first episode below and become officially “hip.”

Amanda Kusek writes for Pop Focal, ReAlto (gorealto.com), and her own site amandakusek.com. She pays the bills with a job as an assistant and lives in New York City. Alicia Keys and Jay-Z told her once that if she could make it here she could make it anywhere...she's working on this.
Related Itemsbarbiecomedyfunnythe most popular girls in schoolviralyoutube
← Previous Story Six Flags Great Adventure Becoming World’s Largest Theme Park
Next Story → Amy Poehler and Will Arnett Broke Up