What Caused The Superdome Power Outage? 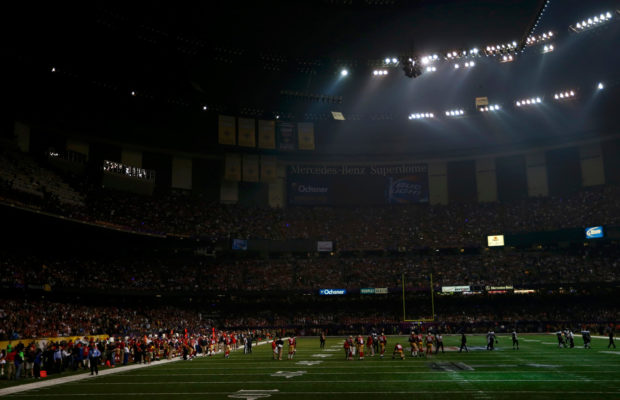 Just after returning from halftime, the majority of the stadium went dark entering a historical 34 minute play suspension during the Super Bowl. So, what caused the whole thing? Fingers are being pointed but here’s the latest:

NECN.com reports power utility Entergy New Orleans didn’t believe the problem was on their end but now that may or may not be true depending on your definition:

After investigating, Entergy said a piece of equipment that monitors the electrical load in the building sensed an “abnormality in the power system and cut power as designed.”

There was a “power abnormality” so the utility’s equipment automatically cut power. No word yet on what that “abnormality” was but the internet believes it was either Bane or Beyonce.