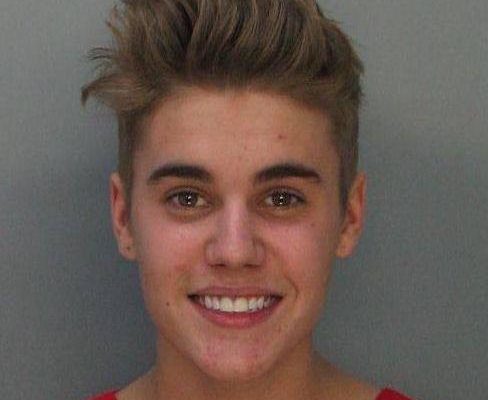 The Biebs was smiling in his mug shot after being charged in Miami for driving under the influence (DUI) and drag racing.

The hitmaker was stopped in a rented yellow Lamborghini after he and his friends were caught drag racing in a residential area of Miami Beach, Florida shortly after 4:00 a.m. According to TMZ, his father Jeremy was on the scene as well.

Hours after the arrest, Police Chief Raymond Martinez confirmed in a press conference that Justin will face charges of DUI, driving with an expired driver’s license out of the state of Georgia and resisting arrest without violence.

It was also revealed the performer – who used the F word repeatedly after being stopped – was going ‘up to 60 mph’ in a 30 mph zone.