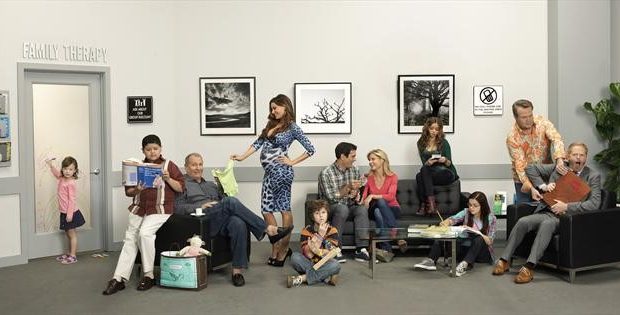 Well, that was painful. The Emmy awards wrapped up with as expected results. Modern Family won best comedy (one of the only picks we got right) and Homeland won for best drama.

Let’s talk what we’re happy about and what really upset us:

How exciting that the hardest working comedian in show business won his first Emmy. Good for him! For the episode “Pregnant”, Louie took the stage and got a bit choked up when he looked to the camera and addressed his two daughters. I bet they’re so proud of their daddy.

Even Jon Cryer didn’t understand how he won for Lead Actor in a Comedy. It didn’t make sense — he’s not funny. He actually spent the majority of his time on stage acting dumbfounded over the notion he won, much less that he was nominated. We agree, Jon.

Whereas Jon Cryer won and (along with us) didn’t think he should have won, Aaron Paul was just adorable on stage as he was confused on how he won an award against such great actors. You deserve it, Aaron.

So… Claire Danes won an award. That’s not surprising — she stars in Homeland which wins anything it’s nominated for. It’s like an awards magnet. What was surprising was how dumb she seemed on stage, finally offering up, “Mandy Pantinkin, Holla!” at some point during her speech. If the show was actually entertaining, that might have been classic.

When Tom Berenger won for his role in Hatfields & McCoys, he began rambling on some story that might have had a point… luckily, the director played him off and now we’ll never know the end to some boring story grandpa’ Tom tried to tell us all on one, warm September night.

I F#$king Dare You To Cut Me Off

When Homeland won for Outstanding Drama Series, Alex Gansa explained he was going to give his speech and if they didn’t like it, they could play him off because it was a big night for them. This drew applause from the audience so, of course, they didn’t touch the guy and he took his damn time thanking everyone. However…

The Emmy’s Cut Off Steve Levitan

You’d expect when you win for Outstanding Comedy Series at The Emmys which is airing on your own network, you wouldn’t be cut off during your acceptance speech. You’d be wrong. What made the move even odder was that the show was running short! That’s right, not long like typical shows. It was a few minutes behind. Good executive decision in cutting off a winner at the end of your show that has some more time left. Good job, good effort.