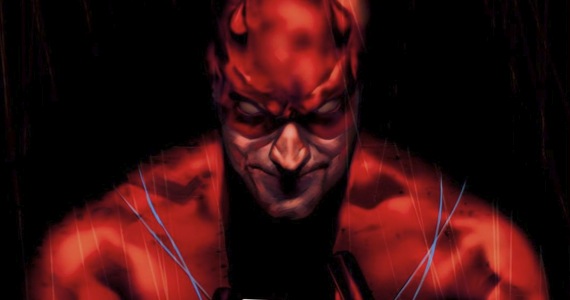 Last month there were rumblings that FOX who currently has the film rights to Daredevil was in a panic to fast track a new film based on the character after their director David Slade (30 Days Of Night) left the project. FOX had until October 10th 2012 to get a Daredevil film into production or the rights would go back to Marvel. The last time we saw Daredevil on film was nearly 10 years ago in a movie starring Ben Affleck as the blind lawyer/crime-fighter. The movie was a moderate success despite that it wasn’t thrilling critics and fans. So it should have been of no surprise to FOX execs that they may lapse on the rights having been sleeping on this property for most of the last decade without any real movement on a sequel or reboot. It was only in the past year or so that there seemed to be any interest in doing anything with the character (Geee, I wonder why?). One has to wonder if they would have pulled a move similar to Roger Corman’s Fantastic Four (created just to keep the rights and never be released) film in order to retain the rights. As a matter of fact the last time there was any steam in a Daredevil related project was back in 2009 when there were rumors that Jason Statham would be taking over as Matt Murdoch.

The mad dash to get the movie into production lead FOX to quickly hire Joe Carnahan to try and save the film. It also lead FOX to try and make a deal earlier this month with Marvel/Disney to get an extension in trade for Disney to be able to use certain characters that are held within the Fantastic Four license (Galactus and the Silver Surfer). It was doubtful that FOX would let Disney have access to characters that are key to the Fantastic Four franchise which itself is currently setting up for a reboot with Josh Trank (Chronicle) directing. Well, it seems that no agreement was reached and Daredevil is heading back where he belongs. Director Joe Carnahan seemed to be disappointed after tweeting [blackbirdpie id=”235234710870192128″]

In an interview Carnahan explained his vision for Daredevil:

“I was brought in pretty late in the game, and my take probably didn’t help matters since they had an existing script. But I just thought that if you were going to do it, this was the way to go. This is the way that intrigued me…It was initially something I passed on because Christopher Nolan had done such a lovely job with Batman and unless you’re going to go after that trilogy, then that’s how you have to think. You can’t out-hurdle that, then what’s the point of trying? So it set the bar extraordinarily high, and I thought ‘Well, if we’re going to do this, let’s have a discussion about Hell’s Kitchen, and how it was really Hell’s Kitchen in the 70s,” so that got me really excited. But as I mentioned, the clock ticking and this kind of October drop-dead date, it wasn’t tenable. And having gone down this road in the past when you’re trying to write something and shoot it at the same time is disastrous, and I think you’d need an adequate amount of time to put that script together in the right way. My brother [Matthew Michael Carnahan (The Kingdom)] was interested in writing it with me, so we’ll see.”

Yesterday Carnahan released a sizzle real used to give people an idea of the films tone.

“As I’m finishing my kind of reimagining of Death Wish, I think the 70s is figuring into my conscious and subconscious mind right now. I think it was the last time music and movies were just tremendous. We just cranked out some great stuff. I think that’s why the sizzle reel is able to be kind of abstract because people have such great fondness in their hearts for that decade, particularly the early part of that decade. I’m excited; you know the idea of having Daredevil on top of a building somewhere with the Serpico marquee in the background was enough, that image was enough, for me to want to make the movie.” said Carnahan.
While the film was set to be based on Frank Miller’s “Born Again”, Carnahan’s plans to maintain the 1970s setting may have ended up being a controversial decision among some fans (similar to the initial reaction when it was announced that X-Men: First Class would be set in the 1960s). Carnahan believes that period would have been a good choice to set the film in. Surprisingly it is being said that Carnahan’s pitch was received extremely well by FOX executives but there was just no way to get it together by the deadline.
At this point there is no way to know what Marvel/Disney has planned for “The Man Without Fear”. Could he wind up in the eventual Avengers sequel? Or maybe turned into a TV series? Or maybe Disney will bring Carnahan to help develop the film for them (Though I highly doubt it). With Disney having the Marvel cinematic universe planned out for the next 3 years my honest guess is that we won’t see Daredevil for quite a long time which is funny because that was the whole reason the characters were licensed out to other studios to begin with. On a related but odd note it appears FOX has somehow retained the rights to Elektra despite the fact that the character was spun-off from Daredevil. The last time we saw Elektra she was being portrayed by Jennifer Garner, fighting supernatural villains and bombing at the box office, I can’t imagine that there are many fans clamoring for another Elektra solo film.

Jon is Pop Focal's resident nerd. An expert in movie and video game knowledge and a collector of things that clutter up the offices. A former radio and TV personality who brings a very different attitude to the Pop Focal network.
Related ItemsdaredevildisneyElektrafoxJoe CarnahanMarvelreboot
← Previous Story Behind The Scenes of PREMIUM RUSH
Next Story → You Would All Be Dead Now If It Wasn’t For My David!