Home / Movies / Han Solo’s Getting Too Old For This Shit

Han Solo’s Getting Too Old For This Shit 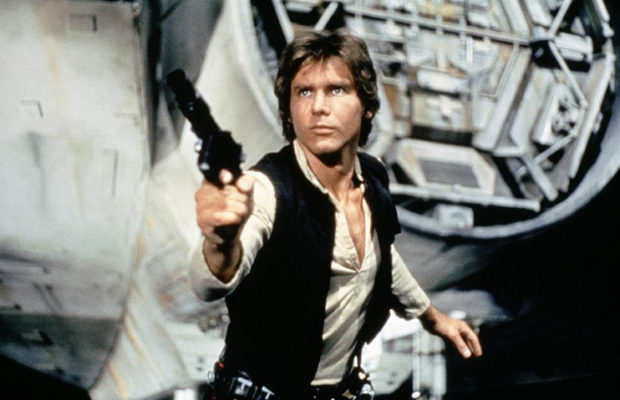 Disney is moving full steam ahead with all things Star Wars. Between the new trilogy and a batch of stand alone film, in the upcoming years there will be no escaping the brand. When it comes to the new trilogy, lots of speculation has been made about whether or not Carrie Fisher, Mark Hamill, or Harrison Ford would be reprising their roles as Leia, Luke, and Han respectively. This morning, however, we have the answer to at least one of those. Latino Review is reporting that Harrison Ford has signed on for at least Episode VII. This means by the time cameras start rolling Ford will be at least 71 years old (Sir Alec Guinness was 66 when he played Obi-Wan in A New Hope), hopefully Abrams will get him a life alert so nothing happens to him before then.

In the past Ford has said he would be open to the idea of returning to the Star Wars universe. With him signing on, which LR is saying that it’s a pretty big deal and would seem to indicated it’s not a a small role, it could likely mean that Fisher, and Hamill might not be too far behind. However, there has been no word on them as of yet, so keep your fingers crossed. Personally I’m curious if Chewbacca will return, since I’ve always imagined he would age in dog years and since the time span between his last appearance in Episode III and Episode VII will have been about 55 years, that would mean he’s 385 dog years older…that’s one gray Chewie.

Jon is Pop Focal's resident nerd. An expert in movie and video game knowledge and a collector of things that clutter up the offices. A former radio and TV personality who brings a very different attitude to the Pop Focal network.
Related ItemsChewbaccadisneyEpisode VIIHarrison Fordjj abramsmoviesequelStar Wars
← Previous Story Another ‘Room 237’ Trailer was Released
Next Story → And then they made the Spring Breakers sing…