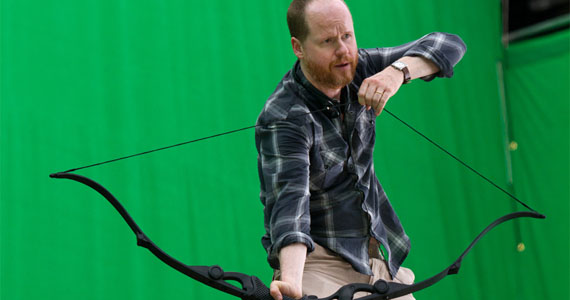 Fear not my fellow comic book geeks after some doubt and fear that Disney would pull a Favreau with the Avengers and seek to lowball director Joss Whedon in order to maximize profits with a cheaper director,Variety reports that Disney chief Bob Iger announced during an earnings call that Joss Whedon will write and direct “The Avengers 2” and develop a live action Marvel-themed TV show for ABC. Don’t just glance over that last part because it states that the man behind Buffy, Angel, Dollhouse, and Firefly is helping to develop a Marvel Universe based TV series which as reported earlier this week would somehow tie into the Avengers.

This comes after Whedon’s “The Avengers” has earned nearly $1.5 billion at the worldwide box office and generated strong sales for “Avengers” merchandise. I guess Marvel realized that a Whendonless Avengers could be detrimental to the franchise and as we all know Disney loves money.

Jon is Pop Focal's resident nerd. An expert in movie and video game knowledge and a collector of things that clutter up the offices. A former radio and TV personality who brings a very different attitude to the Pop Focal network.
Related ItemsAvengersdisneyJoss WhedonMarvel
← Previous Story The Women Of Your Cinematic Dreams
Next Story → It’s ALF, He’s Back!