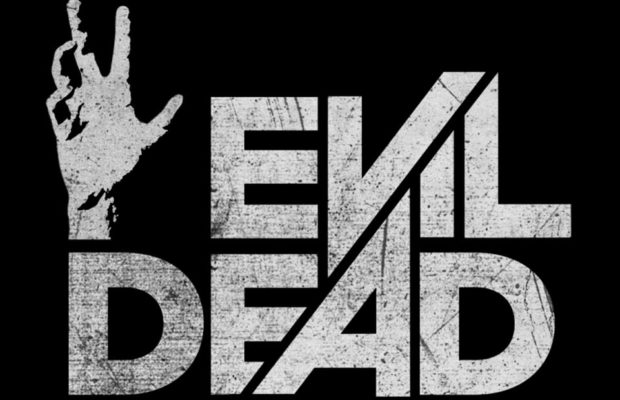 I spent a full day at New York Comic-Con watching panels, and the one with the best footage was easily Fede Alvarez‘ remake of Sam Raimi‘s Evil Dead.  Not so much as an image had leaked from the movie, and while it had Raimi’s stamp of approval (he hand-picked Alvarez to write and direct), we still didn’t know what to expect.  Judging by the trailer we saw, he came up with something truly terrifying that’s strong enough to stand on its own.  But even if the audience at the IGN Theater at the Javits Center were wary of a remake before they saw the footage, they were completely taken with the original Ash, Bruce Campbell, who also served as a producer on Alvarez’ film.  Half of the panel was Campbell just owning the crowd.  At one point, Evil Dead remake star Jane Levy broke out her iPhone to record what was happening and said, “I’m sorry.  I’ve never seen anything like this.”

Director Fede Alvarez comes on stage followed by star Jane Levy and producer Bruce Campbell.  Campbell comes on stage in a bright red jacket, and walks in front of the table before he takes his seat as the crowd shouts “Bruuuuuuce!” We’re then shown the first image from the film: a creepy, deadite child peeking out from cellar door.

When asked about the possibility of Evil Dead 4, Campbell demurs until the crowd begs him for it.  But he says, “For now, let’s give these people a new experience, done with handsome, hot young thespians ready to be covered in fresh buckets of blood…You will be the judge on this movie, but you will not be screwed on this one.  And (pointing to Levy) if you need me to crown her the new Ash, I will do it right here and now.”

Alvarez says Raimi Skype’d him asking if he would like to remake Evil Dead.  “And if Sam Raimi ever asks you to do that,” Alvarez says, “you don’t say, ‘I’m sorry.  I don’t believe in remakes.’”  Alvarez saw the original when he was 12 and he wanted to bring the craziness, gore, and terror to the remake.

Levy says she went after the project, and Campbell was the one making sure she was up for the job like when he said, “Do you know what it’s like to be buried alive?”  And she responded, “No, but I like to!” and then Campbell quips, “And now she wants to fucking kill me.”

Campbell says the movie is like putting on a comfortable Evil Dead shoe, and then you scream “Oh my god!  I can’t get it off!”

And then we get to see the exclusive sneak peek, and the sneak peek gets a standing ovation.  I don’t know if this will be the official trailer, but it was damn effective.  It starts off a little slow by introducing the cabin and the Necronomicon with a little tension building, but then it gets to the self-mutilation that goes far beyond anything in the original, although there are still nods to the original like the rape-tree and the chainsaw.  The flick definitely has a lot of potential.  During the Q&A, multiple people get to the microphone and lead off their question by saying the trailer was awesome.

Alvarez says in terms of the tone, there won’t be any comedy in the film (so not in the vein of Evil Dead II).  It will be brutal and violent, and that definitely came across in the trailer.

Notes from the Q&A:

UPDATE: Courtesy of JoBlo we now have video of the panel.

The panel ends with the crowd shouting “Bruuuuuuce!”

Jon is Pop Focal's resident nerd. An expert in movie and video game knowledge and a collector of things that clutter up the offices. A former radio and TV personality who brings a very different attitude to the Pop Focal network.
Related ItemsBruce CampbellEvil DeadmovieNYCCRemakeSam Raimi
← Previous Story Concept Art From Failed Jurassic Park 4
Next Story → NYCC 2012: Venture Bros Panel