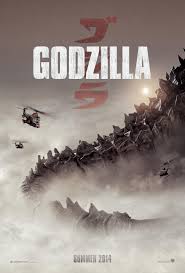 Hall H is nerd heaven right now as Legendary Pictures just showed off the first footage from the forthcoming Godzilla remake. Here’s a description of what was shown.

The WB and Legendary logos in Black and white. Soldiers running through the streets. A flooded city. Bryan Cranston takes off a radiation suit. Elizabeth Olsen crying. Paratroopers leaping out of a plane. Missles being loaded. A shot of a massive kaiju beast that ISN’T Godzilla! It looks like a massive praying mantis with 4 long spider legs. It’s attacking an airport. Soldiers are fighting it.  A helicopter gets swatted and blows up half of an airport, all of a sudden the foot of Godzilla sets down. And all of a sudden there’s a big roar. Final shot is a big, huge Godzilla standing up above the other monster, dwarfing it and the roar. Sounds perfect. Chills. We don’t see his face yet, but it looks like the classic Godzilla! The footage cuts away to a “2014” logo.gogoexam
642-437