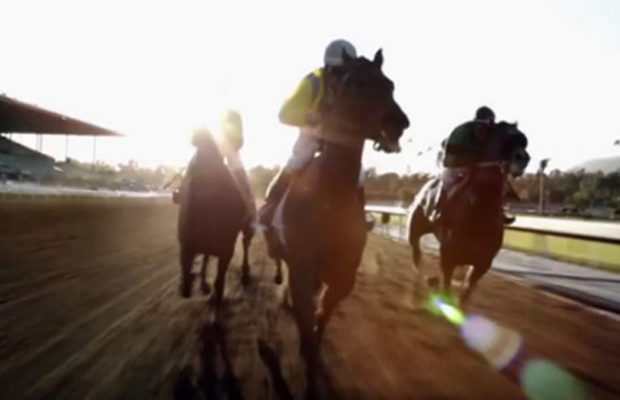 After a third horse died during production of HBO”s Luck, executives decided to pull the plug.

The show was in the middle of filming their second season. After the series premiere, HBO almost immediately ordered a second season for the freshman show. During the production of the first season two horses died during the filming of racing scenes. In the latest incident, a horse being led from a stable reared and fell backwards, causing a head injury. The horse was euthanized by a handler.

HBO initially followed the demand of the humane group that oversees the treatment of the animals during production and halted any production involving horses. Quickly following, HBO released a statement (below) that explained casino real money the decision to cancel the series altogether.

It is with heartbreak that executive producers David Milch and Michael Mann together with HBO have decided to cease all future production on the series Luck.

Safety is always of paramount concern.  We maintained the highest safety standards throughout production, higher in fact than any protocols existing in horseracing anywhere with many fewer incidents than occur in racing or than befall horses normally in barns at night or pastures.  While we maintained the highest safety standards possible, accidents unfortunately happen and it is impossible to guarantee they won’t in the future.  Accordingly, we have reached this difficult decision.

We are immensely proud of this series, the writing, the acting, the filmmaking, the celebration of the culture of horses, and everyone involved in its creation.

Quote from Michael Mann and David Milch:  “The two of us loved this series, loved the cast, crew and writers.  This has been a tremendous collaboration and one that we plan to continue in the future.”

Follow Pop Focal on Facebook and Twitter for updates on movies, television, tech and viral pop culture.
Related ItemscancellationcancelleddeathfeaturedHBOhorsesluck
← Previous Story Nickelodeon Brings Back FIGURE IT OUT
Next Story → THE OFFICE May Be Done