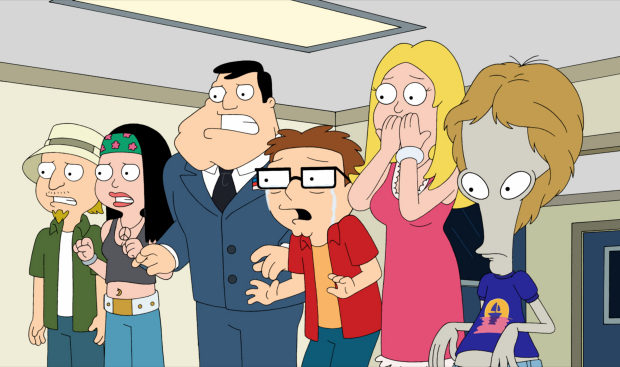 A ton of news came out of the American Dad panel at Comic Con including Jon Hamm, Donald Glover, Sarah Michelle Geller, Rupert Grint and Will Forte all making guest appearances in the upcoming season. While Family Guy has been the driving force behind Seth MacFarlane’s animations on FOX, American Dad seems to be the outlet for various guest stars. Last season featured Cee-Lo Green as a hot tub.

The panel was filled with other non-American Dad related news including MacFarlane’s reboot of The Flintstones being put on-hold (referred to being on “the backburner”) and a his interest in doing a Ted sequel. MacFarlane’s interest in working with Marky-Mark again may not be limited to himself — one of the biggest R-rated openings of all time, the studio may be interested in doubling-down on a sequel to get some more out of a cursing teddy.