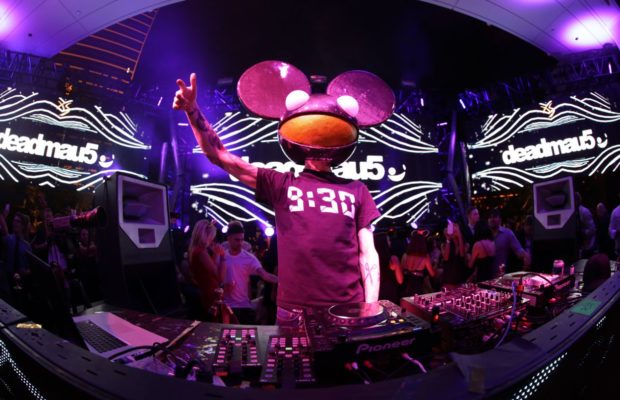 It’s time once and for all to settle this. The rise of Electronic music isn’t just upon us, it’s here. We’re in it. The fact that Deadmau5 and Skrillex, both previously considered “niche” or “underground” artists, a term that basically means, “You’re too old to know who they are”, have each secured top 10 pop chart hits in the past year represents a major change in music.

These used to be called The Pop Doldrums, a change in music tastes that shifted every few years. Like El Nino, these changes shifted between pop, rock and rap. Going back to the late 80s/early 90s, its easy to see the shift — we moved from the pop music of the late 80s into the rise of rap in the early 90s. After a few years of Vanilla Ice, M.C. Hammer, Run D.M.C. and other record scratchers, we move into the rock shift of the mid-90s. Remember Nirvana? Soundgarden? Stone Temple Pilots?

Then it moved into the late-90s. We gave up Radiohead for N*Sync and Backstreet Boys. Live for Spice Girls. Oasis for Hanson. Soundgarden for Savage Garden!

As the 90s rapped up, rap ramped up in the early ’00s (say that three times fast). And so, we began the same shift all over again… except…

It never shifted. Pop music and rap music merged into whatever Justin Bieber is now doing. At some point people actually listened to Creed and all hell broke loose. The Pop Doldrums imploded, rock music plunged into a volcano and pop/rap has dominated to Top 40 charts for over 10-years.

Now it’s 2012. We need a change. The pop/rap monster has been smashing cities and dominating our lives, radio stations and playlists for a long time. Music needs to progress and it’s doing that with Electronic.

There are a lot of other artists that are leading the change from other genres but none more evident than Deadmau5 and Skrillex. They’re not doing it together or even on purpose. They offer very different music and aren’t leading some musical revolution charge. They’re just good. People are listening. Artists are turning to them for remixes. They’re becoming mainstream.

Deadmau5 represents a more, traditional Electronic/House approach to it. Skrillex represents a newer era with Dub-Step. So, to the underlying question — Deadmau5 or Skrillex?