Home / Viral / The Cost Of Being A Superhero

The Cost Of Being A Superhero 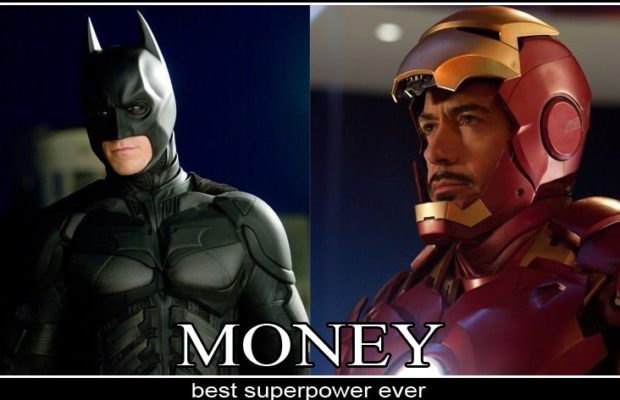 As Jack Nicholson as The Joker once said “Where does he get those wonderful toys?”

Well if The Joker had known the cost of them he might have been able to narrow down the identity of Batman to the few billionaires of Gotham. The fine folks over at moneysupermarket.com have crunched the numbers and found out how insanely expensive it would be if someone wanted to try their hand at becoming Batman or Iron Man in real life. The grand total for Iron Man is a whopping $1,612,717,000, while becoming Batman is a paltry $682,450,750. Looks like only Bill Gates or Warren Buffet Alla casinospel pa William Hill onlinesverigecasinon.com kommer fran Playtech. need apply. Luckily for us average folk the Iron Man Mark 1 armor is free as long as you’re kidnapped and forced to create the suit with a box of scraps!

Jon is Pop Focal's resident nerd. An expert in movie and video game knowledge and a collector of things that clutter up the offices. A former radio and TV personality who brings a very different attitude to the Pop Focal network.
Related ItemsbatmanBruce Waynedark knightiron manIronmanTony Stark
← Previous Story Revealed: The Joke On FAMILY GUY That Pissed Off Jon Stewart
Next Story → Deadmau5 or Skrillex