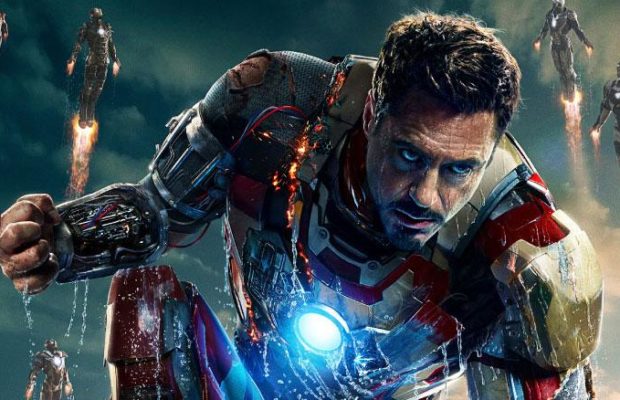 Regardless of whether you loved or loathed “Iron Man 3” the prospect of a sequel to “The Avengers” devoid of Robert Downey Jr. was a dreary prospect no one wanted to face. Well good news Marvel faithful, the actor has signed a new 2-picture agreement to appear in “The Avengers 2” AND “The Avengers 3.” There’s no mention of an “Iron Man 4” in the contract so as the actor previously hinted, it’s probably safe to assume that there won’t be any solo outings for the ‘Armored Avenger’ anytime soon. You can read the official press release from Marvel.com below. The news from Marvel also hints at more such announcements to come in the next few days, weeks and months. Of course, expect the Hollywood trades to start digging for scoops to beat Marvel to the punch. The countdown to San Diego Comic-Con has officially begun!

Tony Stark’s famous closing line to the very first Iron Man film takes on new life today as Marvel is pleased to announce the signing of Robert Downey, Jr. to reprise the role of the “billionaire, genius, playboy, philanthropist.”

Thrilled by this mega announcement, Marvelites? Well, be sure you stay glued to Marvel.com because in the coming days and weeks and months, Marvel.com will be FIRST in the world to reveal additional casting updates, new characters coming to Marvel movies and so much more — directly from the most secret meetings at Marvel! You wouldn’t want to miss out on that now, would you?!

Jon is Pop Focal's resident nerd. An expert in movie and video game knowledge and a collector of things that clutter up the offices. A former radio and TV personality who brings a very different attitude to the Pop Focal network.
Related ItemsAvengersdisneyiron manMarvelmovieRobert Downey Jrsequel
← Previous Story Rumor Mill: Sony Looking To Recast Mary Jane In Spidey 3
Next Story → What Was The Original Ending Of World War Z?