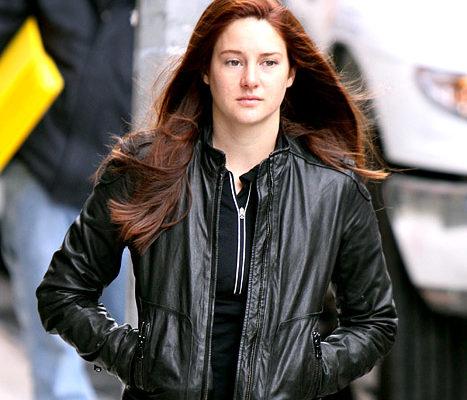 Earlier today, we revealed that Shailene Woodley’s scenes from The Amazing Spider-Man 2 had been cut from the movie. Director Marc Webb would later release a statement in which he revealed that he made this decision in order to focus on the relationship between Peter (Andrew Garfield) and Gwen (Emma Stone). Well, despite saying that “we all love working with her”, The Hollywood Reporter has revealed the following in their report on The Descendants actress no longer appearing in the sequel: “It is likely that Woodley will not return and that the part will be recast.” However, rather than it being a case of the studio not being happy with her performance as Mary Jane Watson, The Wrap adds: “Woodley will likely be busy with the sequels to her upcoming sci-fi movie “Divergent” and may not be available, so the role may have to be recast.”

One would wonder if this recent development could be a result of fan reaction to the casting which was largely negative by comic fans feeling that Shailene wasn’t “Hot” enough to due justice to the character of Mary Jane.

Marc Webb released a statement regarding the decision.

“I made a creative decision to streamline the story and focus on Peter and Gwen and their relationship. Shailene is an incredibly talented actress and while we only shot a few scenes with Mary Jane, we all love working with her.”

Jon is Pop Focal's resident nerd. An expert in movie and video game knowledge and a collector of things that clutter up the offices. A former radio and TV personality who brings a very different attitude to the Pop Focal network.
Related ItemsMarc WebbrumorsequelShailene WoodleySonyspidermanthe amazing spider-man
← Previous Story Cliche Xbox One-80 Headline
Next Story → He’s Still Iron Man (At Least For 2 More Sequels)