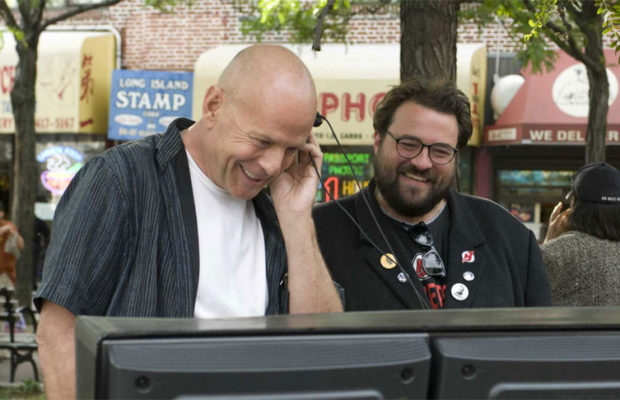 These Two Men Hate Each Other

Last year on Marc Maron’s WTF Podcast, Kevin Smith let it rip about his feelings on Bruce Willis, an actor he looked up to while growing up and eventually disappointed him because he “is a fucking dick.”

That was over a year ago and now Smith isCCNA 200-120 LATEST
out promoting his new book, Tough Shit which includes more details on his disappointment in the action star.

In the book, Smith recounts how Willis wouldn’t take direction, asked to have a set cleared so he could yell at the director and would improvise lines that were relevant in 1991.
1Y0-A20 exam
The book is out now, available on Amazon.com, Amazon Kindle Edition or on Audible.com (where Kevin Smith also narrates)