Editorial: Why I’m De-Friending All My Favorite TV Shows 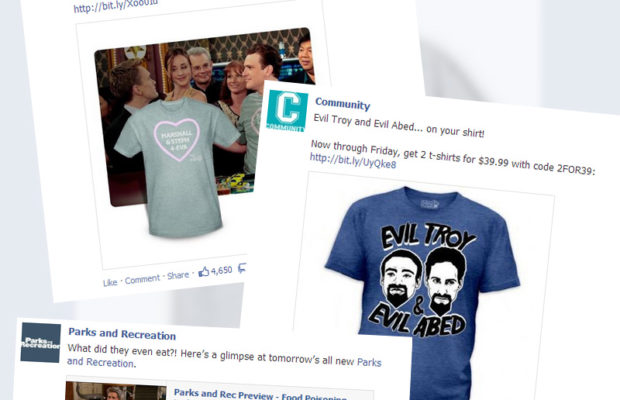 I love TV shows! I love them so much, I pronounce that love on Facebook (by liking their pages). I don’t think the love is mutual, though.

Time and time again these TV shows I love so dearly flood my Facebook feed with spoilers and merch promotions. I’ve had enough. The problem isn’t so much getting mundane updates like, “Who’s your favorite character on the show?” but rather the updates that spoil plots and flood my feed with nonsense pitches for stuff I don’t want.

Case and point — How I Met Your Mother, a show that I used to actively watch but lately haven’t seen outside of syndication reruns. I’m not up-to-date on the latest episodes because (1) this is 2013 and I, along with everybody else, don’t run to the couch to watch a series at 8/7c, I watch it online and (2) the latest episodes aren’t easily available on a streaming service like Netflix or Hulu (I refuse to recognized CBS’ TV.com as a legitimate outlet to watch TV).

As I haven’t seen the most recent season, I guess I’m not sure what this t-shirt means. Even if I did, I’m confident I wouldn’t throw down cash to wear it.

This is just one example. NBC shows routinely offer sneak-peaks of upcoming episodes. Even if I was going to watch a show when it airs, I’d rather be surprised about the plot, especially when it comes to comedies (it’s understandable for a drama to have a “next week on…” teaser at the end of an episode).

The only one that seems to do it moderately right is South Park. When Cartman pops up in my feed, it’s not hawking merch or spoiling episodes, it’s engaging fans and giving screen shots of classic episodes.

So, to the interns who man these feeds, please stop it.