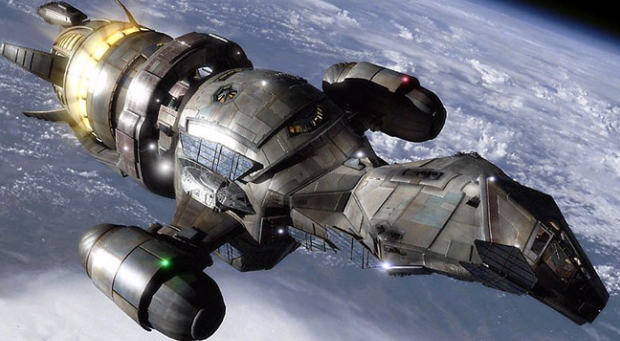 The first officially licensed Firefly video game is in development with a planned launch window of Summer 2014.

Load of your engines, Browncoats, because it’s time to take your very own Firefly to the sky.

And while the chances of a reunion movie or series are becoming less and less likely, at least now we can look forward to experiencing the Firefly universe on a different platform.

The Firefly Online game is being developed by QMx (who produce official Firefly collectibles) and Spark Plug Games (Plight of the Zombie, Puzzle Quest 2).

A short teaser trailer for the iOS and Android title was released at San Diego Comic-Con by Fox Digital Entertainment:

The official website briefly outlines the gameplay we can expect in Firefly Online. Players will take the role of a struggling captain of a ship. You will be able to create a crew, customise your ship, and explore the Verse.

Whilst the multiplayer elements aren’t outlined, we are promised “unique social features.”

In a press release, CEO of QMXi and Quantum Mechanix Inc., Andy Gore, explained his excitement about the project.

“At QMx, we know firsthand how great and powerful a franchise Firefly is and how mighty the Browncoats are. It has always been our mission to bring the Verse to life for our customers in every way possible. The idea of creating an interactive experience where fans can have their own Firefly adventures — well, that’s just too shiny for words.”

Fox Digital Entertainment also commented on the new partnership. “We couldn’t think of a better partner to make a truly innovative game that will stand up in the Verse and to its passionate fans.”

Developers Spark Plug Games promise that Firefly Online “will be like no game you’ve ever experienced,” and that “only a unique game experience could do it [Firefly] justice.”

The only previous Firefly video game project was started by Multiverse in 2006. The project made little progress and never emerged.

Firefly Online is expected to launch in Summer 2014 on Android and iOS devices, with further platforms also under consideration depending on the game’s success.

Jon is Pop Focal's resident nerd. An expert in movie and video game knowledge and a collector of things that clutter up the offices. A former radio and TV personality who brings a very different attitude to the Pop Focal network.
Related Itemscomic conFireflySDCCVideo Game
← Previous Story SDCC 13: Sentinels Of Future Past
Next Story → SDCC 13: RoboCop Panel Recap