Home / Movies / Indiana Jones And The Search For The Nearest IMAX

Indiana Jones And The Search For The Nearest IMAX 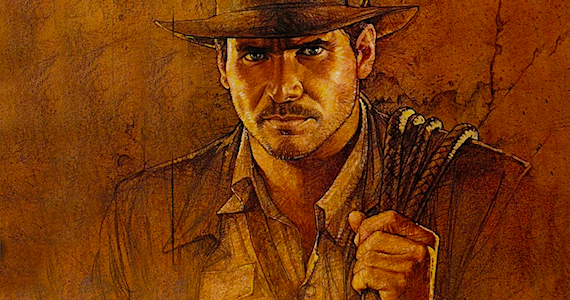 In an awesome move Paramount Pictures is planning on re-releasing Raiders Of The Lost Ark in IMAX theaters for one week, starting September 7th (ahead of the Indiana Jones: The Complete Adventures Blu-Ray release on September 18th). In an interview with New York Times, legendary director Steven Spielberg discusses the re-release of the film which spawned one of the greatest action/adventure trilogies (if not the greatest) of all time. “For me, it’s always been the bigger the screen, the better,” Spielberg said. “It’s the only marked contrast we have to the generations that are seeing our movies on phones and hand-held platforms. It’s a complete relief to be able to see a film that many people have just experienced on a palm-sized platform technology, suddenly hurled at that them on an Imax-sized screen.”Spielberg worked with sound designer Ben Burtt on supervising the IMAX conversion of Raiders Of The Lost Ark. The director confirms that no visual effects have been changed; instead, the audio has been enhanced for surround sound. “When the boulder is rolling, chasing Indy through the cave, you really feel the boulder in your stomach, the way you do when a marching band passes by, and you’re standing right next to it.”

As for whether or not Spielberg was planning a similar IMAX re-release for any of his other movies (such as Jaws or any of the Indiana Jones sequels), he says that he has no plans to do so. “‘Raiders’ is a movie of my own, that I can actually stand to watch from beginning to end,” Mr. Spielberg said. “In that sense, it has a special place in my heart. I don’t rewrite it in my mind; I’m not kicking myself for what I didn’t do. I’m just going along for the ride like everybody else. It’s one of the few films that I’ve directed that I can sit back objectively and observe and enjoy with my family or whoever I’m with, or even alone. Most of my other films, I’m hypercritical of them.”

Tickets For Indiana Jones in IMAX are on sale now. It also appears that select theaters will also be showing an Indiana Jones Marathon on September 15th (At this time we are not sure if this includes Kingdom of The Crystal Skull, but if it does you can just walk out after Last Crusade.)

UPDATE: We have received posters for both the IMAX re-release and the marathon (which indeed is all 4 movies for $25 at AMC Theaters) Jon is Pop Focal's resident nerd. An expert in movie and video game knowledge and a collector of things that clutter up the offices. A former radio and TV personality who brings a very different attitude to the Pop Focal network.
Related ItemsBlu-RayHarrison FordimaxIndiana Jonessteven spielberg
← Previous Story A Long Way Down: Paul, Collette, Brosnan, Poots
Next Story → Behind The Scenes of PREMIUM RUSH