Home / Movies / Is The X-Force Is Coming?

Is The X-Force Is Coming? 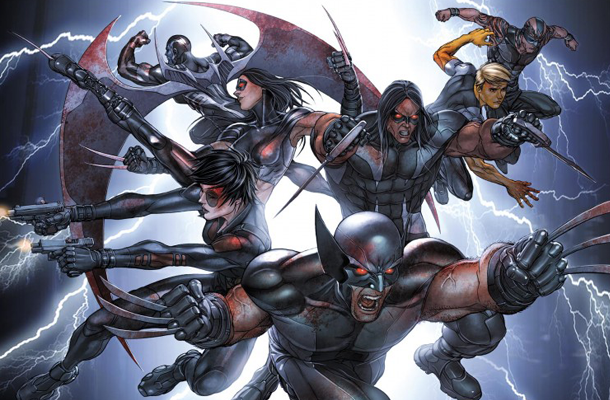 It appears that 20th Century Fox has registered a website for an X-Force movie at X-ForceMovie.com. In the past this is usually how future X-Men film titles get leaked.

X-Force focuses on a superhero team of mutants led by Cable, Cyclop’s son from the future. It has a slightly different and more mature tone than the X-Men. X-Force co-creator Rob Liefeld and producer Lauren Shuler Donner previously hinted at Cable making an appearance in the film series.

Marvel consultant Mark Millar also hinted at it last year. He said: “You have to remember that Fox grabbed the X-Men back in the ’90s because it was the biggest franchise in the world. So X-Force or Cable or Deadpool — all these amazing characters are things we haven’t really gotten to yet. ‘X-Force’ #1 was the second biggest book of all time behind Jim Lee’s ‘X-Men’ #1, so there’s an immediate brand recognition to that stuff and a build in fanbase. You go to any convention in the world, and you’ll see 20 people dressed as Deadpool. In a lot of ways, these are Marvel’s coolest characters, so I want to remind people of that and build on what we already have. I think there’s a great foundation, and just from basic conversations, we’ve come up with ten movies we could do. These things cost $150 million each to make, so we have to pick and choose what we want to do.”

Since yesterday, the Internet has gone X-Force crazy with news and rumors. Former X-Force writer Rob Liefeld has now taken to Twitter to confirm that an X-Force movie has been in the works since March.

Liefeld also mentioned this nice tidbit of news regarding the Magneto project that’s been in development since X-Men Origins Wolverine. As most are aware cheap voice talent parts of that script were adapted into X-Men: First Class

No one knows which other titles may be on Fox’s radar for the big screen treatment, but one only has to scan Marvel’s huge array X-comics to get an idea. Will we finally get new details on the long awaited Deadpool?..how about the New Mutants? X-Factor? X-Statix? Hopefully we’ll find out next week when Fox’s Hall H panel kicks off at 4.15 Pacific on Saturday July 20th.

Jon is Pop Focal's resident nerd. An expert in movie and video game knowledge and a collector of things that clutter up the offices. A former radio and TV personality who brings a very different attitude to the Pop Focal network.
Related ItemsComic Bookcomic conComicsDeadpoolfeaturedfoxMagnetomoviepop wireSDCCsequelX-Forcex-menxmen
← Previous Story Liev Schreiber To Lace Up Chris Benoit’s Boots
Next Story → SDCC 13: Godzilla (Poster) Unleashed