JUDD APATOW Is No Longer Untouchable 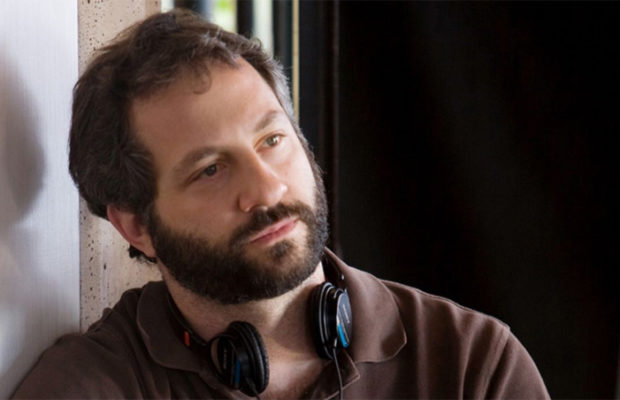 It wasn’t too long ago (okay, maybe it was) that Judd Apatow was cleaning the floors of Long Island comedy clubs while Andrew “Dice” Clay performed on stage. Apatow quietly worked behind the scenes of some really great comedic milestones — The Ben Stiller Show, The Larry Sanders Show and The Cable Guy. On his own, Apatow brought us cult classics like Freaks and Geeks and Undeclared. Then he took a shot at directing and struck gold.

The 40 Year Old Virgin seemed to be the standard on which all adult comedies have been based on since 2005. It’s the line in the sand for how casting, characters, story, improv, writing and all the things that made the movie great need to be. Two years after that he brought us Knocked Up and suddenly Apatow reached the pinacle — he became a legend.

The thing about where we were in 2007 when Seth Rogan put a baby in Katherine Heigl’s belly is how it made everyone look back and recognize what was common about all his projects from that point back. Seth Rogan had popped up a few times, as had Paul Rudd. Judd’s wife Leslie Mann was a recurring cast member along with Jason Segel. This gathering of comedic actors became a calling card for Apatow, compared to “The Brat Pack” of the 80s or the way Tim Burton has Johnny Depp in almost all of his movies.

After reaching the point in his career where a studio would let him do anything he wanted, he did what he wanted — a love letter to his start working around comedians in comedy clubs and the world of stand-ups with his film Funny People. It was long, niche and if you didn’t “get it”, you weren’t supposed to. It was Apatow’s movie for himself. Following the success of Boogie Nights, director Paul Thomas Anderson had a similar “do anything you want” deal and made the cinematic piece that is Magnolia. Anderson even knew what was happening to him when that was offered to him:

”Basically, New Line came to me and said, ‘Whatever you want to do next,’ ”Anderson recalls. ”I was in a position I will never ever be in again. For that moment, I was lucky and I could get the opportunity to make a movie like ‘Magnolia.’

And so, after making his version of Magnolia, Apatow disappeared from behind the camera, sticking to producing for the most part. He’ll return with his first directed film in almost four years with This Is 40, a movie that is a kinda-sequel to Knocked Up in the same way Get Him To The Greek wasn’t a sequel to Forgetting Sarah Marshall.

While keeping a low profile Judd Apatow still managed to put his name on two projects that haven’t been doing great. By “great” we mean “Judd Apatow level of greatness” which, when you’re the director of The 40 Year Old Virgin, it becomes a tough act to follow. Such is the case with The Five-Year Engagement, a movie for which by all accounts should be a rousing success. It pairs Jason Segel with Emily Blunt, Chris Pratt of Parks & Recreation, Alison Brie of Mad Men and, more importantly, Community. This movie should of done amazing. Instead, it was destroyed — beaten by… almost everything. It made $11.2-million this weekend. To compare, The Three Stooges made $17.1-million in its opening weekend.

Add to this, Girls, the HBO series which has now been picked up for a second season, hasn’t been doing great in the ratings (although at least enough to garner a second season) and has mainly been the punching bag in editorials about how white television is.

What this all leads up to is how important This Is 40 is for Apatow. The comedy is slated for theaters in December, not exactly prime-time for comedies and, based on the advertising, seems targeting for people in their 40s rather than the typical Apatow movie audiences that have come out to see things with his name attached.

Apatow is growing up. He’s making movies he wants to make because he can and he’s moved from appealing to other audiences to appealing to himself. The days of being able to make movies like Funny People are over. A studio will still listen for pitches like “Knocked Up sequel”, but if 40 does poorly, even that might be a stretch.