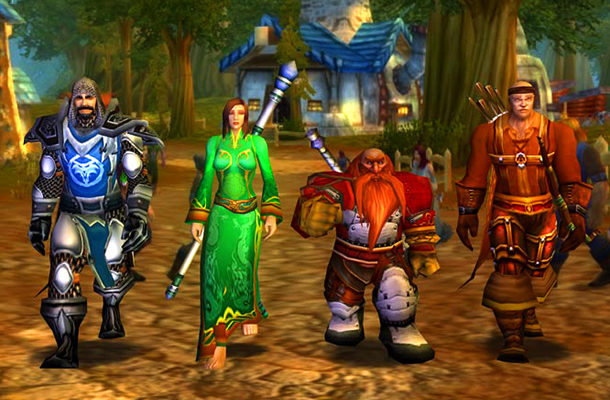 The franchise has been tossed around as a developing studio film for years and years, with studios abandoning it for it’s high cost and what they think is a very niche audience. Apparently the studio heads didn’t know that it takes about 1.3 Petabytes (1,300,000 gigabytes) of data storage to maintain World of Warcraft, because the multiplayer game is one of the most popular that has ever existed

Sam Raimi was the attached director to go the farthest with it before ditching for the upcoming Oz. Today we learn that a new director has been chosen by Legendary and Blizzard, and it’s none other than Duncan Jones, director of the genre gem Moon and he solid studio scifi film Source Code.

Jones’ stepping up to the $100m+ bluckbuster big leagues presumably follows the new momentum on the project after Charles Leavitt pitched a new screenplay late last year. No details on how the massive and tonally-scattered universe of Azeroth is being narrowed into a feature film as of yet, but one must assume somebody has figured something out if Jones is signing on.

Jones has been on a clear studio trajectory since his low-budget first effort, so it’s no surprise to hear his name finally jump from shortlists to a full deal. I wish him the best of luck. I’ve never logged a single click in WoW, all i know is that for some reason Kung-Fu Panda is in it along with Mr. T and LEEROY JENKINS, so it will be up to him to provide shits for me to give.

Jon is Pop Focal's resident nerd. An expert in movie and video game knowledge and a collector of things that clutter up the offices. A former radio and TV personality who brings a very different attitude to the Pop Focal network.
Related ItemsBlizzardDuncan JonesLegendaryMMORPGVideo GameWorld Of WarcraftWOW
← Previous Story Marvel’s Kevin Feige Discuses MCU Phase 3
Next Story → Star-Lord Cast in Guardians Of The Galaxy