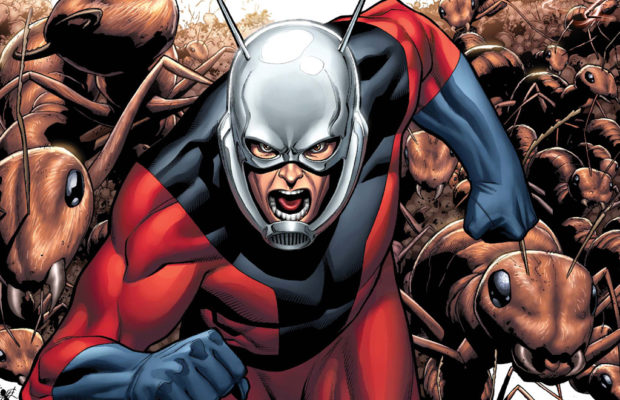 Ant-Man and Doctor Strange have been two projects for Marvel, that have longed been rumored, but never confirmed. That all changed for Ant-Man this past July at Comic-Con when Marvel announced the film. Marvel Studios head Kevin Feige talked about how he will be a major part of Phase 3.“”Ant-Man” is definitely part of Phase Three. Like “Iron Man 3,” it”s certainly set in the Marvel Universe,” he explained to MTV. He also went on to say that director Edgar Wright is the only reason the film is happening. “I”ve known Edgar since our first lunch together at Comic-Con in 2004. He asked me what Marvel was doing with “Ant-Man” we weren”t even a studio then; what a difference eight years makes,” he laughed. While it”s not a surprise, the Ant-Man movie will Undoubtedly, all characteristics of best-horoscope.com mentioned above are true. be an origin film, which Feige said is very much from the perspective of both wright and co-writer Joe Cornish. It will be apart of the MCU, but a different corner than we”ve seen before.”

Feige went on to say that Phase three will be completely different from the stories they are telling now. Saying, “So much of what we”re telling right now is about the core “Avengers” characters we”ve now met, and they”ll be evolving in big, surprising ways, in Cap”s next movie and Thor”s next movie and of course in “Iron Man 3,” as we get them all into the next “Avengers” film. Beyond that “Ant-Man” is the only one officially announced.” He continued by saying you wont have to look too far as to where they might go as far as other characters they are planning on bringing to the big screen.

With all that in mind, it brings us back to Doctor Strange. Who, according to Feige, WILL be a part of Phase 3. “”Doctor Strange,” which I”ve been talking about for years, is definitely one of them,” he confirmed. “He”s a great, original character, and he checks the box off this criteria that I have: he”s totally different from anything else we have, just like “Guardians of the Galaxy.” He”s totally different from anything we”ve done before, as is “Ant-Man,” which keeps us excited.” No word yet still on the rumored Black Panther project, but it is exciting to see one of the long rumored films confirmed.

Jon is Pop Focal's resident nerd. An expert in movie and video game knowledge and a collector of things that clutter up the offices. A former radio and TV personality who brings a very different attitude to the Pop Focal network.
Related ItemsAnt-ManDoctor StrangeEdgar Wrightiron manKevin FeigeMarvelMCUmoviePhase 3the avengers
← Previous Story The Death Of Superman Lives
Next Story → Remember That Warcraft Movie…