The Death Of Superman Lives 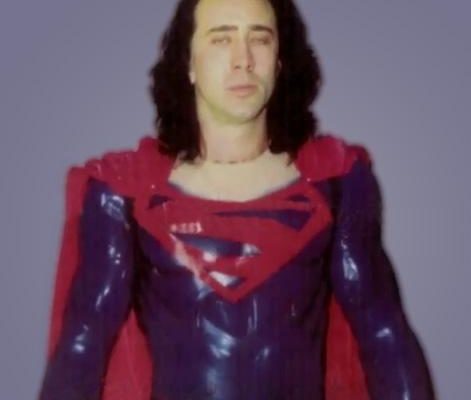 A documentary on the Tim Burton Superman film that never was is in the works. Jon Schnepp (Metalocalypse) has launched a Kickstarter campaign for financing on the film, which would look at the death of Superman Lives which would have starred Nick Cage based on a script from Kevin Smith.

Smith’s script famously adhered to strict instructions from producer Jon Peters, including having a non-flying, all-black suit-wearing Superman fight a giant spider (later adapted into the plot of Wild, Wild, West) and having Brianiac not only fight polar bears at the Fortress of Solitude, but also give Lex Luthor a space dog to capitalize on toy revenue possibilities. Kevin Smith has talked about his experience with the production over the years as seen in his first “Evening With Kevin Smith” special.

Schnepp has been interested in the project for years and thinks that if it had been produced, it would have acheived cult status due to it giving a different take on Superman’s mythology. You can donate to the Kickstarter here.

And or those who have never seen it a few years back some costume test footage made it’s way to the net, you can view it below and marvel at what could have been.