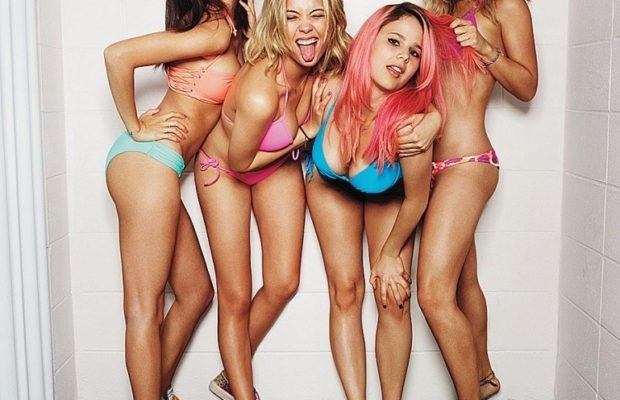 From the trailer and promotional images, all the stars (except Franco) are wearing two-piece bikinis and showing off their goods. I’m not sure what it’s about but it’s going to be a hit.

Collider has a slew of more photos showing off the female cast and James Franco with grills.