Heisman Contender Manti Te’o Never Had A Girlfriend That Died 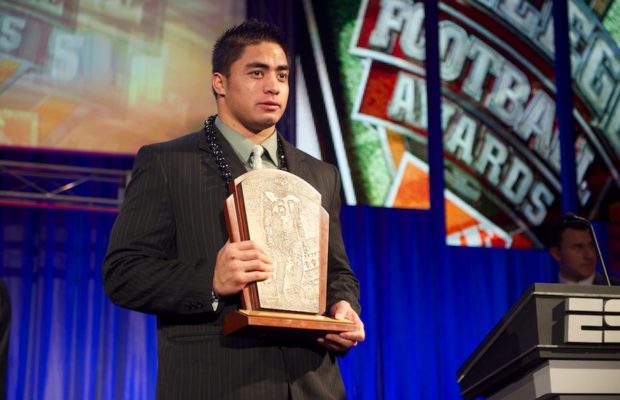 Deadspin.com has an amazing report about college football start Manti Te’o. Those familiar with the player most recently saw him as a top contender for the coveted Heisman Trophy, which he didn’t win. What may have brought him close was an uplifting story of his grandmother and girlfriend dying within six hours of each other. Unfortunately  it was all a lie and the girlfriend may have never existed.

Manti Te’o did lose his grandmother this past fall. Annette Santiago died on Sept. 11, 2012, at the age of 72, according to Social Security Administration records in Nexis. But there is no SSA record there of the death of Lennay Marie Kekua, that day or any other. Her passing, recounted so many times in the national media, produces no obituary or funeral announcement in Nexis, and no mention in the Stanford student newspaper.

The story, which I highly recommend reading, goes further into the fake identity. Check out the full article on Deadspin.com.