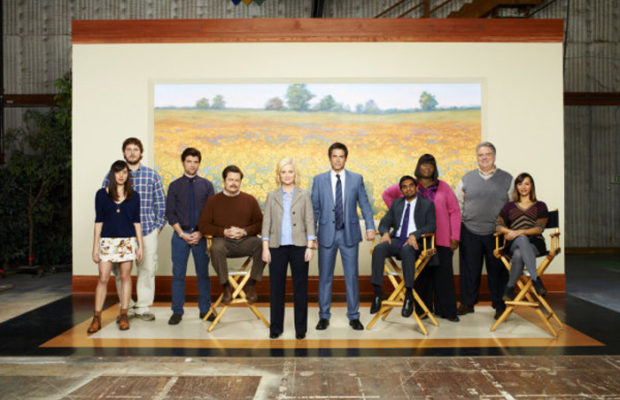 It was a great year for television comedies. After years of spin-off version of CSI topping the ratings, comedies made a comeback in 2011. We polled you (the audience) to find out what you thought was the best TV Comedies of 2011. Here are the results.

If you’re not pronouncing it “Parks and Rec” you’re probably a loser. In 2011, Ron Swanson made mustaches and meat products cool (see “Turkey Burger“). Topping out the list is LITCH-RULLY, the best show on TV.

Big Band Theory has introduced us to the seedy underworld of nerd culture (maybe not us or you, but people that watch CBS). Things like Rock-Paper-Scissors-Lizard-Spock and The Flash t-shirts have become mainstream. It has brought Will Wheaton out of obscurity and into prime time television. The show is the centerpiece to nerd pop culture.

In 2011, The Big Band Theory reach syndication bringing it to local TV stations and nationally on TBS for rerun airings. As a show that’s hard to track down online (it’s not available on Netflix or Hulu), Big Bang saw a big boost this year as it attracted new audiences and dominated Thursday nights for network television.

No other show on TV has (or, in my opinion, will) ever setup a Beetlejuice joke that spans over three season (where the payoff is). No other show would constantly reference a show like Cougertown and even do a crossover that  is barely referenced on either end. A show that is so meta about television and pop culture in general, it makes anything you view afterwards seem dull. Yes, Community will ruin pop culture for you. However, it does it in a mystifying way that makes it one of the greatest shows on television.

When Family Guy debuted in 1999, it was the “new South Park”. It was edgy, funny and the type of dumb humor that attracted masses. Over the years, as we’ve evolved, so has the show. In the same vein as South Park, they outgrew the cheap laughs and have gone deeper. While most shows wouldn’t acknowledge their growth, Family Guy did in 2011. In an episode that time-traveled back to the pilot episode, Family Guy ripped apart… Family Guy.

Zooey Deschanel’s new sitcom had all the makings of a typical, cheezy sitcom. On paper it seemed it was a laugh track, a guy and a pizza place away from being cancelled. Fortunately, Zooey’s timing and solid scripts brought together a series that is FOX’s first successful sitcom in a long time.

While not topping the list, these are a few honorary mentions: