Home / TV / Can we Save Happy Endings? One Woman’s Selfish Plea

Can we Save Happy Endings? One Woman’s Selfish Plea 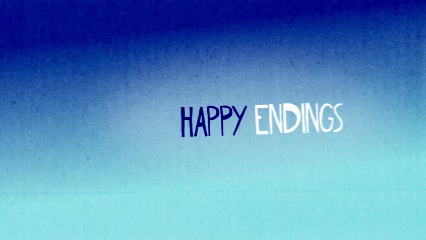 Most of the time, I am a pretty selfish human being and my writing is not excused from that. Which brings me to my plea:
itfinal

Can we please save Happy Endings?

As it was reported yesterday, Don’t Trust the B in Apt. 23 was cancelled, thus opening up the spot in ABC’s Tuesday line-up which they are filling with double Happy Endings episodes.

Two episodes for the price of one? Yeehaw. Does this mean they are burning the sucker off to make way for another Bachelor? Probably. I know that I can’t be the only one watching this show and loving it. Does it compare to something like It’s Always Sunny? Maybe not, but for a prime-time sitcom, I think it’s something special.

If you haven’t caught it, I suggest you do, outside of my own desires, because you’re missing something weird and quirky with an amazing cast (I’m even starting to kind of like Elisha Cuthbert and Zachary Knighton). They play with some traditional sit-com tropes, like Jane and Dave setting up Max on blind dates (hello Friends) but spin it in their special way. Jane and Dave pick two men who look and act exactly like them. Down to wearing the same outfits at any given moment.

It’s the fun nerdy stuff like that, that makes this show worth watching at list a couple of times. And if you don’t like it, just don’t say anything… for me.070-462

Amanda Kusek writes for Pop Focal, ReAlto (gorealto.com), and her own site amandakusek.com. She pays the bills with a job as an assistant and lives in New York City. Alicia Keys and Jay-Z told her once that if she could make it here she could make it anywhere...she's working on this.
Related Itemshappy endingstelevisionTV
← Previous Story “Mad Men” Returns April 7 with 2-Hour Premiere
Next Story → FOX Gets Rid Of Catastrophe “Ben & Kate”