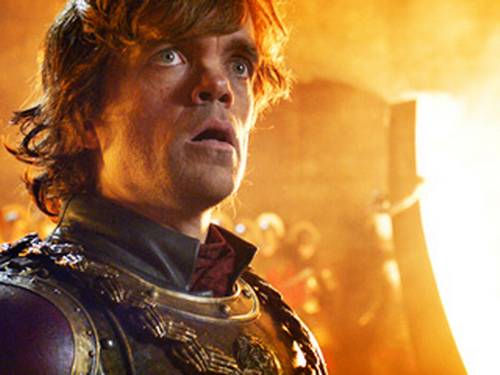 Empire has revealed that The Descent‘s Neil Marshall will be returning to the Westeros for the season four finale of Game of Thrones. Marshall was airlifted in at extremely short notice to direct Blackwater, but the director has a much longer lead-in on this occasion, already moving backwards and forwards between London and Northern Ireland to prep the episode, which shoots later in the year. Game Of Thrones’ fourth season will premiere on HBO in the first half of 2014.

Now, I’m currently in the midst of reading the books so don’t want to give too much away here, but A Storm of Swords ends with an epic battle between the Night’s Watch and Mance Rayder’s Wildling army at Castle Black. That would explain why Marshall has been drafted in for the finale! A few more spoilery details can be found below.

Readers who’ve got as far as A Storm Of Swords will recognise this as The Battle Of Castle Black, where King-Beyond-The-Wall Mance Rayder leads his force of Wildlings, Thenns and mammoth-mounted Giants against the forces of the Night’s Watch and King Stannis Baratheon. The scrap lasts several days, and is the event that leads to Jon Snow becoming leader of the Watch.

In the book, former blacksmith Donal Noye plays a significant role in these events, but as he apparently remains uncast in the series, expect some tweaks to the way the carnage unfolds onscreen. Although with or without Noye, we could probably have assumed as much anyway.