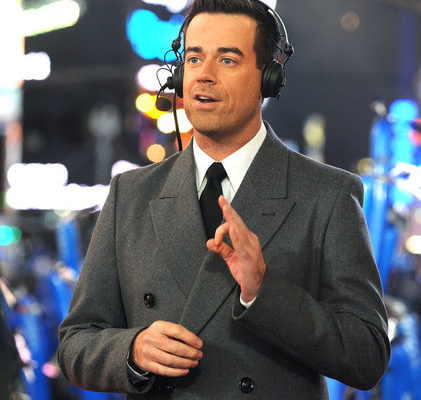 It’s New Year’s Eve and, unfortunately, Dick Clark is no longer with us. The show must go on, however, and relief pitcher Ryan Seacrest will be filling in the now vacant spot after standing over Clark like the grim reaper for a few years.

Over on NBC, you can ring in the new year with America’s backup-Seacrest, Carson Daly. NBC went down to the basement of 30 Rockefeller Center to dust off their old Carson and doused him with spray tan just in time for the ball to drop.

UPDATE: Well, that was easy. According to Deadline Hollywood, Seacrest beat the piss out of Daly. Seacrest scored the shows biggest ratings ever, helped by a tribute to Dick Clark that began at 8pm. Ratings for the ball drop itself showed Seacrest the clear winner scoring a 10.6 ratings versus Daly’s 4.9.