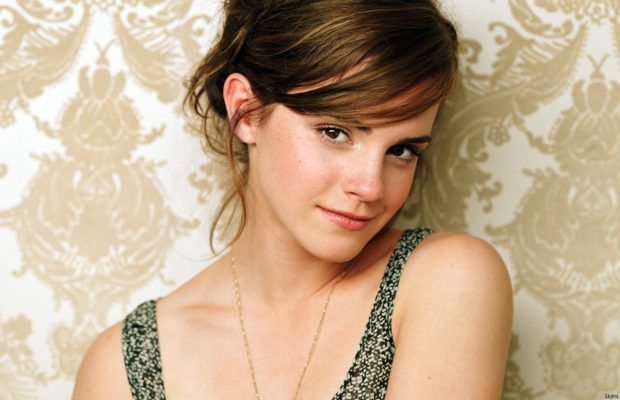 Seth Rogen and Evan Goldberg (Superbad) are currently shooting their latest comedy which includes an all-star cast including James Franco, Jason Segel, Jonah Hill, Danny McBride and Jay Baruchel. The film has the cast playing themselves as the world is coming to an end (and, we assume, hilarity ensues).

There are a bunch of rumored and confirmed cameos including Channing Tatum and Emma Watson. Reportedly, these two had a scene together and Watson might have lost it.

According to an unconfirmed account from an extra on the movie set, Watson arrived on set to a Channing Tatum wearing only a thong. Its then that, according to the account, Emma stormed off. She eventually returned, filmed for a few minutes before quiting and causing the shoot to wrap for the night. Here’s the original post:

So Emma had already filmed a scene last week at “James Franco’s party” and was coming back Wednesday and Thursday to film another scene with Channing Tatum, Danny McBride, Seth Rogan, Franco and Jay Baruchel.

The scene was as raunchy as it could be. Seth, Franco and Kay are kneeling on the ground with a few “cannibals” over them (that’s me) waiting to eat them as McBride comes out of an RV as our “king” with Channing Tatum on a leash in only a thong.

Emma knew he was going to be in a thong and everyone knows he used to be a stripper. So things were starting to get raunchy. Emma steps on set and looks at the scene and all of us in it and kind of has a freak out moment. Before we started to film she stormed off set with her publicist and Seth was saying what happened what’s wrong with Emma? Then she came back and filmed about 3 minutes of the scene.

During the scene Channing decided to do some of his breakdancing in front of her but alas he was in nothing but a thong.

So Emma storms off set. Everyone’s like WTF where is she going? She walks all the way down the street. So we wrapped the night 5 minutes later.

Came back last night and found out she quit because she the scene was too raunchy and she was really pissed that Channing was drinking while filming. He was obviously smoking weed as well.

But who can blame her right? She has a good image to uphold. But her quitting made last night filled with Emma jokes.

The ground was wet and muddy and Channing said we were stepping in Emma’s tears.

Anyway, there’s the story. I’m headed back on set till 6am. If y’all have more questions send them, I will be bored.

The original account, re-blogged in multiple places, was deleted from the extra’s Tumblr sometime after it caught fire. While an eyewitness account from a lone actor may be noteworthy, James Franco has an interview coming out where he tells a story, without revealing Watson as the actress, which matches the story.

JAMES FRANCO: So a funny thing happened on this movie I’m doing down here in New Orleans that made me think of you. The movie is a comedy, but it’s kind of an outrageous one, and this actress—I won’t say who, but she had a smaller role in the film—walked off the movie in the middle of a scene.

MILA KUNIS: This is Seth [Rogen]’s movie that you’re talking about?

FRANCO: Yeah. I’ll admit that the scene we were doing was pretty crazy. There’s not any nudity, but it is pretty outrageous. It’s not as if the scene wasn’t in the script, though. In any case, I didn’t see any of this go down, but I guess she basically went up to the directors, Seth and Evan [Goldberg], and said, “I don’t think I can do this.” She, by the way, didn’t have to do anything crazy in the scene. But what was going on around her was, I guess, too extreme for her. So Seth was like, “Well, what can we do to fix it?” And she said, “There’s nothing you can do to fix it. It’s just everything.” And he said, “Well, let’s just shoot it and I promise you can come to the editing room, and, if you don’t like what we’ve cut together, then we will not put it in the movie.” And she said, “No, that’s still not good. I just can’t do this. I can’t be here.” And he said, “Do you want to leave?” And she said, “Yeah, I’ve got to leave.”

The movie extra, Courtney, went on to say the cast filmed the next night making light of the situation and making jokes at the now absent Watson’s expense.

Beyond the story, it sounds like this movie will be a great follow-up to Seth/Evan’s last movie.