Home / Culture / Billboard Confirms that yes, The Postal Service is Back

Billboard Confirms that yes, The Postal Service is Back 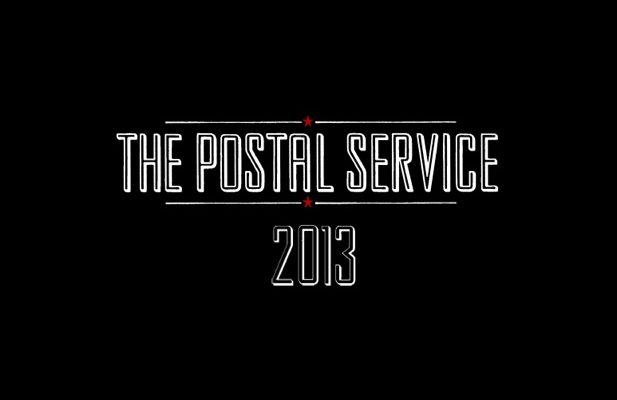 For what exactly, remains somewhat in flux. Billboard reports that the band’s (made up of Ben Gibbard, Death Cab for Cutie, and Jimmy Tamborello) “Give Up” will be re-released in a deluxe edition. “Give Up” is the group’s one and only album, released in 2003, but has been forever seared in my mind and the minds of others as “the album that got them through high school/college/my early twenties”.

Currently the band’s website only features the below image, so for now we can only rely on what Billboard confirms and everyone’s speculations, like a set at Coachella and several more tour dates.

I hope this means I get to bust out my Chuck Taylors, baggy jeans, and low self-esteem this summer. I am loving pop culture’s attempts to make me feel even older than I am. (I’m still looking at you Justin Timberlake.)

Amanda Kusek writes for Pop Focal, ReAlto (gorealto.com), and her own site amandakusek.com. She pays the bills with a job as an assistant and lives in New York City. Alicia Keys and Jay-Z told her once that if she could make it here she could make it anywhere...she's working on this.
Related ItemsbillboardcomebacksGive Upmusicthe postal servicetour dates
← Previous Story Manti Te’o Only Kinda, Sorta Lied, He Admits In Interview With ABC
Next Story → She’s A Man, Baby! [UPDATE]