Home / Featured / The Future Is Soon – The PS4 Is Official

The Future Is Soon – The PS4 Is Official 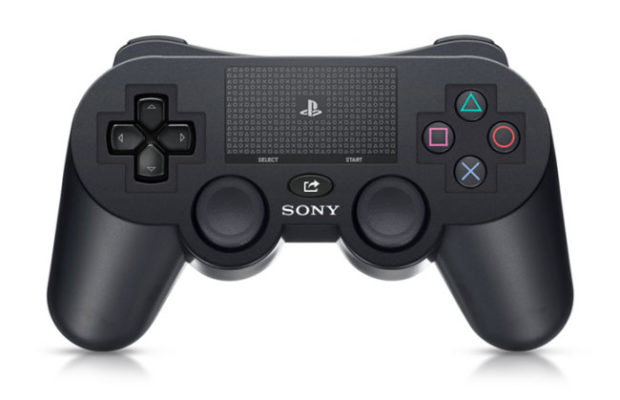 Last night Sony hosted a press conference at the Hammerstein Ballroom in New York City, where they at long last revealed the Playstation 4, well really they just revealed it existed the actual console was nowhere to be seen. The 2 hour long press conference bombarded the press and internet viewers watching a stream on various websites with a glimmer of what to expect when the PS4 hits the market this holiday season (no exact date was specified).

This time around Sony has upped the graphics potential to that of a modern high end computer. Confirming months of rumors, the PS4 will primarily have AMD silicon inside, in the form of a “single-chip custom processor” with eight AMD Jaguar CPU cores, and a next-gen Radeon graphics engine capable of 1.84 teraflops of performance.

If you don’t understand what most of that means allow me to simplify, THIS THING IS A TECHNICAL BEAST! On top of that Sony also said that the system will be capable of 4K resolution output for video, however there is no current support for 4K games (it wasn’t specified if there would be eventually). Learning from the Xbox Kinect and their own PlayStation Eye, the new PS Eye has a stereo camera capable of tracking the player in 3D space, but instead of having to buy a special accessory like the previous wand controller, the new DualShock controller has the motion tracking light built into it.

And despite some scary rumors the PS4 will not block the use of used games, and will not require an “always on” internet connection. However in a bit of news that will disappoint some gamers the system will not be natively backwards compatible with any previous PS content. This means the system won’t have built in emulation for PS1, PS2, PS3 or PSN purchased titles (why would you want to play these on the most advanced system ever anyway?), but they did claim that this content will be available as part of a new content streaming system, though I’m sure you will need to repurchase most of this older content you already own.

They spent most of the press conference last night discussing the integration of social media as part of the PS experience. The most interesting was the introduction of the share button, which will allow players to send video clips of their gameplay to various sources including Facebook and YouTube as well as invite players to spectate them which in turn allows those viewers to interact in a variety of ways including sending comments (which i’m sure will lead to a ton of trolling), and even possibly participating in the game by giving the player power-ups or even rebuilding parts of a level.

Also revealed were some the the first games we will see when the system hits which included the much anticipated Watch_Dogs, Killzone: Shadow Fall, Bungie’s DESTINY, a new Final Fantasy and Diablo III.

And just as we all expected this announcement, we move our anticipation to the unveiling of the new Microsoft console which is expected to be revealed in the next few months prior to E3 in July.

Jon is Pop Focal's resident nerd. An expert in movie and video game knowledge and a collector of things that clutter up the offices. A former radio and TV personality who brings a very different attitude to the Pop Focal network.
Related ItemsfeaturedKillzonePlaystationPS4SonyVideo GamesWatch Dogs
← Previous Story Grand Theft Auto V Finally Gets A Release Date
Next Story → Exclusive: Amazing Spider-Man 2 Set Pics