Home / Movies / Deadpool Ain’t Dead or Is It?

Deadpool Ain’t Dead or Is It? 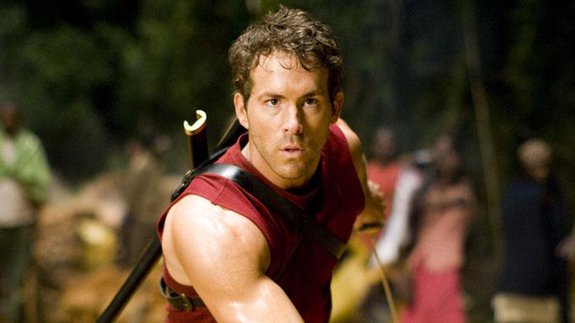 We”ve been hearing about a solo movie outing for the Merc With A Mouth since X-Men Origins: Wolverine left fans disappointed (putting it mildly) with our first big-screen incarnation of the character back in 2009. We know there”s a script — a brilliant one at that — from Zombieland duo Rhett Reese and Paul Wernick, and there”s even a director attached in Tim Miller, but for a variety of reasons the movie has just never managed to get off the ground. Ryan Reynolds is apparently still on board to reprise the role of Wade Wilson, but he sounds like he”s getting a little frustrated with the situation in an interview with Total Film. He also reveals a bit Horoscope best-horoscope.com maintains that possible plans to move to a new house will come true in 2006. of info from the highly praised script.

“That movie is alive and kicking, and then it”s dead as a doornail. Then it”s alive and kicking and then it”s dead… it”s like the worst relationship I”ve ever had! The character knows he”s a comic-book character, he knows he”s in a film, he knows who the executives are at the studio making the movie. In the current iteration of the script, Deadpool is aware of the Wolverine movie. He doesn”t say anything disparaging about it but he does at one point play with the Deadpool action figure with some curiosity.”

Until then we”ll just have to get our live action Deadpool fix with fan films like this.

Jon is Pop Focal's resident nerd. An expert in movie and video game knowledge and a collector of things that clutter up the offices. A former radio and TV personality who brings a very different attitude to the Pop Focal network.
Related ItemsDeadpoolfoxRyan ReynoldsSpinoffWolverinex-men
← Previous Story What Was The Original Ending Of World War Z?
Next Story → Lone Ranger Is A Train Wreck At The Box Office