Lone Ranger Is A Train Wreck At The Box Office 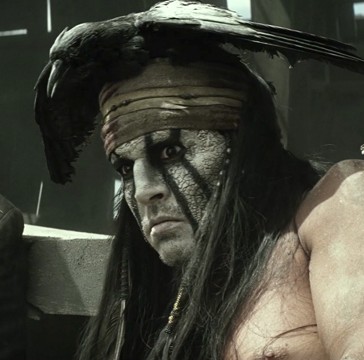 According to Deadline, their sources have told them that The Lone Ranger will take $13 million today for a disappointing five-day holiday total of $50 million at the very most. This is obviously not the result that Disney were hoping for and comes far below even their lowest estimation of $65 million. With a massive budget estimated to be near $250 million and an extremely negative reception from critics, it also seems unlikely that its performance overseas will help the remake earn anywhere near enough to make a sequel possible.

The result is in fact so low that The Heat may end up beating it to the #2 spot this weekend. However, Despicable Me 2 has continued to dominate, and after another day of earning $30+ million, it now looks set for five-day holiday cume of $140 million (that’s the kind of result Disney would have obviously loved for The Lone Ranger). Meanwhile, Man of Steel took a little over $3 million yesterday for a domestic total of $259.79 million.

Jon is Pop Focal's resident nerd. An expert in movie and video game knowledge and a collector of things that clutter up the offices. A former radio and TV personality who brings a very different attitude to the Pop Focal network.
Related ItemsArmie HammerBombBox OfficedisneyJohnny DeppLone Rangermoviespop wire
← Previous Story Deadpool Ain’t Dead or Is It?
Next Story → Liev Schreiber To Lace Up Chris Benoit’s Boots