Joseph Gordon-Levitt “In The Mix” for GUARDIANS OF THE GALAXY 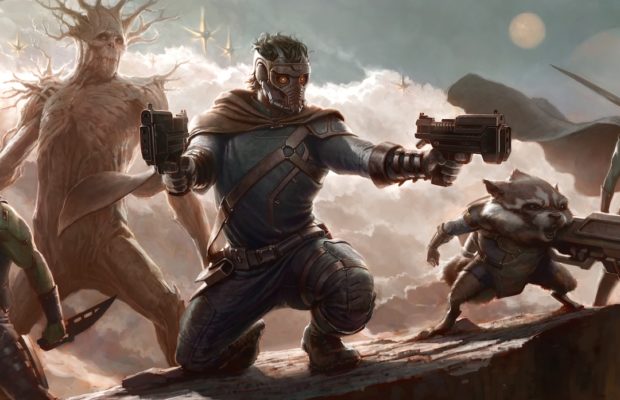 Resident Pop Focal geek Jon reported back in July during SDCC Marvel was on track to produce Guardians of the Galaxy for a 2014 release. Now news comes that Marvel may steal an actor from the DC universe. Joseph Gordon-Levitt, recently seen in The Dark Knight Rises, is in the mix to star in the upcoming superhero flick. Deadline reports:

The derby to land the lead role of Peter Quill in Guardians Of The Galaxy has gotten even more interesting. Marvel Studios has added Joseph Gordon-Levitt to the list of actors they are considering for what is seen as its next major franchise launch.

[sws_toggle3 title=”Spoilers Ahead (Click Here To Continue Reading)”] This could be good or bad, depending on which camp you’re in. DC/Batman fans were hoping John Blake would return in some form of Robin or Nightwing film. On the other hand, Gordon-Levitt is a strong actor who would lend some credibility to the Marvel movie.
M2050-246

Follow Pop Focal on Facebook and Twitter for updates on movies, television, tech and viral pop culture.
Related ItemsDCfeaturedGuardians Of The Galaxyjoseph gordon-levittMarvelpo
← Previous Story Hong Kong Phooey & Marvin The Martian Test Footage, Makes You Weep into 2013.
Next Story → EPIC Proves Trailers Have To Be Epic, Snow Patrol Is A Band That Existed