No More Mary Jane In Spidey 2 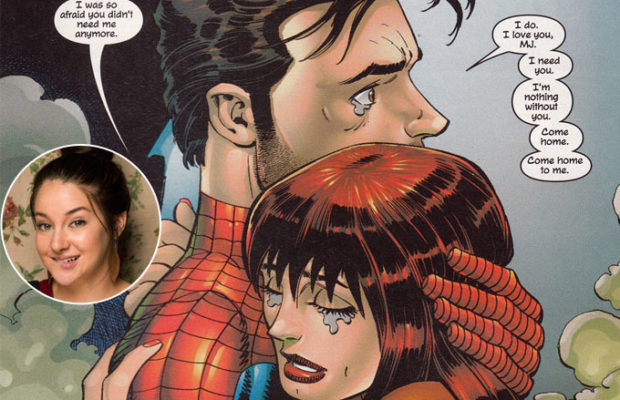 In a surprising turn of events, Shailene Woodley’s Mary Jane Watson will no longer appear in The Amazing Spider-Man 2 and will now debut in the third installment.www.itfinal.com

While focusing on their cover story, Entertainment Weekly reports in their latest edition that the storyline for Shailene Woodley’s Mary Jane Watson is now being saved for the third installment of Marc Webb’s “Amazing Spider-Man” franchise. Said Woodely, “Of course I’m bummed. But I am a firm believer in everything happening for a specific reason…Based on the proposed plot, I completely understand the need for holding off on introducing [Mary Jane] until the next film.” This news, ironically, comes on the heels of rumors that actress Felicity Jones is playing another Spider-Man love interest, Felicia Hardy aka Black Cat.

Initial remarks from Marc Webb explicitly stated that Mary Jane would only have a brief appearance in “The Amazing Spider-Man 2” as a set-up for a bigger role moving forward. Webb’s statement was backed up by the relative short amount of time Woodley spent filming the sequel. Well apparently, that brief appearance is now being saved for the third installment of “The Amazing Spider-Man” which was just recently revealed to have secured a June 10, 2016 release date. No word on whether the footage that Woodley has already filmed will be used in the third installment or scrapped all together. “The Amazing Spider-Man 2” will be released in the US on May 2, 2014.070-336