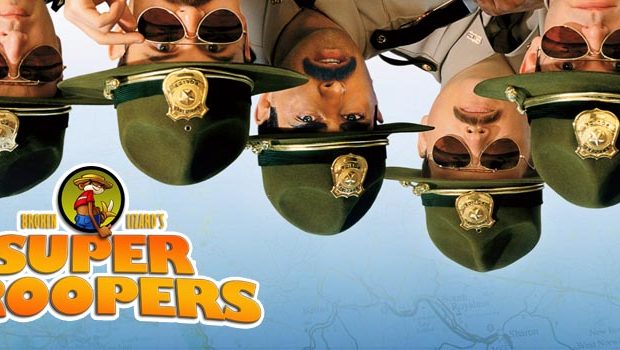 There’s a chance that Broken Lizard could be giving us a sequel to their cult classic, Super Troopers. In an interview with Coming Soon, Jay Chandraskehar and Kevin Heffernan mention the possibility and issues surrounding another story featuring everyone’s favorite Vermont state troopers saying, “We’re hoping to make ‘Super Troopers 2′ as a group if we can work out a legal situation with Fox Searchlight…They’re into, they like it.” Chandraskehar also notes that it is a question of numbers holding them back, “We have an issue with the first film and the accounting so if that can all be resolved, I think we’ll end up making it.”

I am dealing with the emotions I have anytime someone announces a sequel/remake/adaptation and that is the worry that it won’t be as good as the first/original/book and will ruin everything I have ever known and loved. (Scream 4 is of course an exception). I’ve been trying to curb these feelings in light of the release of The Great Gatsby trailer that actually got me more excited than ill.

But considering that I believe Super Troopers to be the ultimate showing in comedic genius and their most recent, The Slammn’ Salmon, to be, well, not… I have my apprehensions.

Amanda Kusek writes for Pop Focal, ReAlto (gorealto.com), and her own site amandakusek.com. She pays the bills with a job as an assistant and lives in New York City. Alicia Keys and Jay-Z told her once that if she could make it here she could make it anywhere...she's working on this.
Related ItemsBroken Lizardmovie newssequel
← Previous Story Best Bets: 2012 Toronto Film Festival Line-Up
Next Story → Prometheus Sequel To Gives Us Answers?