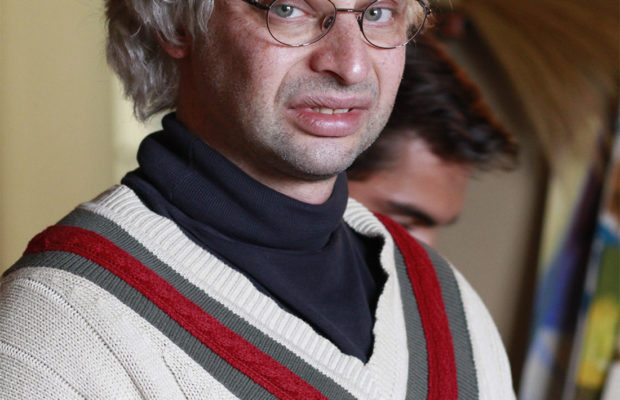 Nick Kroll is an American actor and comedian, who is usually recognized for his role as Ruxin on FX’s The League; and he has just been handed the greatest gift and curse a comedic actor could receive; his own sketch comedy show. Comedy Central is the network viewers’ run to when they need to laugh after a long day of drama, bad luck and working at the job you hate. Viewers plop down in front of their television set, wanting to laugh, whether at a scripted network show or at a hilarious comedic special. So, if you are a Comedy Central fan, wanting a laugh, then I wouldn’t necessarily put all your eggs in the Kroll Show comedic basket.

Opening skit and opening monologue, from my experience, hold a lot of power over the proceeding show. The opening skit for your first show will define you as funny or not, but the jokes in the opening monologue of your first show will show the viewers your true talent. Nick Kroll, on two occasions, dropped the ball for the opening. His monologue is a gateway for his comedic ability to shine for all of the viewers, and his “women v. men” themed joke was something I’ve heard before from many amateur comics, and ultimately, not funny.

I then found, while watching his show, there are some things that work; although they were rare, they were hilarious, but then they became drawn out and unfunny, thus moving them to the “things that don’t work” category. He uses overdone skit plots and tries to make them funny, but fails. He has a “dumb blonde” reality television show, he has a “rich family” reality television spin-off, he has a “truth about guys” mini-segment, he has a “bratty and bored rich guys” segment, and even a “new kid in school” skit. While Kroll does attempt to put his spin on these traditional, and overused skits, they’re too overdone and too typical for them to get the laughter a new comedy show needs.

Nick Kroll should take time to work on new material, that sets him apart from every other sketch comedy show, he should do something daring, something unique, but most importantly SOMETHING FUNNY. He has a hilarious cast behind him, he has a great network behind him, all he needs is to bring the new age comedy, hard hitting jokes, well written opening monologues, funny skits and he will have one of the greatest sketch comedy shows that are currently on air. The Kroll Show can only go up from here, and I hope it does.

Kroll Show is an eight-episode sketch comedy show that premieres on Comedy Central, Wednesday, January 16th. Please watch, and let me know what you think.

I'm a nineteen-year-old student. I love movie, music, television, books, comedy, and everything in between.
Related ItemscomedyComedy Centralfeaturednick krollsketchsketch-comedy
← Previous Story The New Look of “Arrested Development”
Next Story → Britney Spears Out At “X Factor”