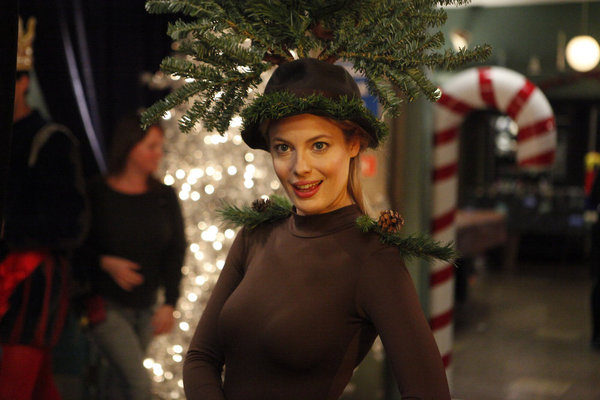 Dan Harmon and the gang behind NBC’s Community take liberties for the holidays. After last year’s claymation extravaganza, the gang is taking on a rival show from a rival network. Community has thrown shots at the Greendale glee club before, but this time they’re dedicating an entire (holiday) episode to their least favorite school activity.

UPDATE – Shortly after posting this video, Community series creator Dan Harmon (@DanHarmon) unleashed on NBC via Twitter about the release of some content from the upcoming episode.

While he hasn’t clarified — the clips we used in our sneak peak were provided by NBC (as typical). NBC also uploaded the raw, unedited version of these interviews to their own site as well. While we here at Pop Focal take pride in producing sneak peek videos that tease what to expect without revealing too much, we understand there are other places to find this content that may spoil surprises the creators really worked hard to create.

When someone suggested refraining from ripping NBC, a network that just iced the show mid-season (for another show that will probably be like Whitney or about weight loss), Harmon stopped filtering himself.

Finally, Dan ended the rant with a reply to someone suggesting NBC releasing material to the public was their efforts at marketing.

Let’s hope this plays out well.