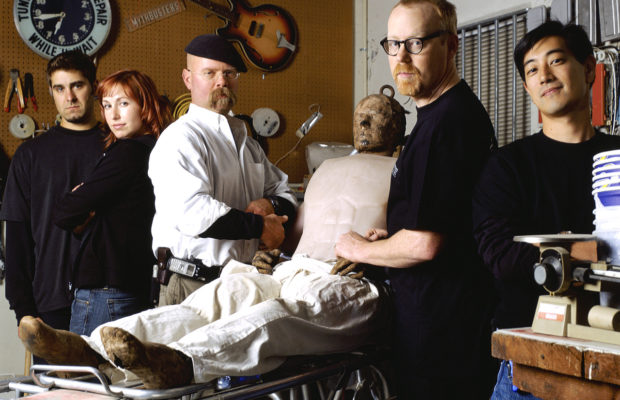 “Don’t try this at home” is kinda meaningless if they’re going to blast your actual house with a cannonball. The Mythbusters cast/crew were working on their latest experiment when a cannon moved, causing their firing cannonball to miss the target and descend on an adjacent neighborhood. As is expected from watching 80s comedies, the cannonball drove through a home causing damage, exited the home through a wall (obviously) and continued to assault a minivan.

Nobody was hurt in the incident.