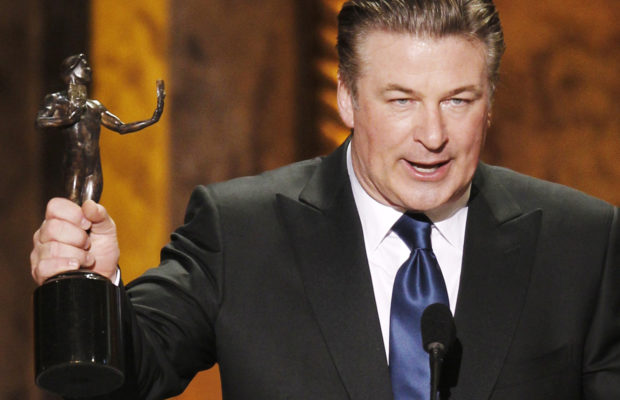 Yesterday, Alec Baldwin was removed from an American Airlines flight for not turning his cell phone off and instead continued to play Word With Friends (which is pretty much Scrabble). At the time it seemed that Alec wouldn’t turn his phone off while the plane was still at the gate and the crew over-reacted and kicked him off the plane.

American Airlines finally offered their side of the story:

Cell phones and electronic devices are allowed to be used while the aircraft is at the gate and the door is open for boarding. When the door is closed for departure and the seat belt light is turned on, all cell phones and electronic devices must be turned off for taxi-out and take-off. This passenger declined to turn off his cell phone when asked to do so at the appropriate time. The passenger ultimately stood up (with the seat belt light still on for departure) and took his phone into the plane’s lavatory. He slammed the lavatory door so hard, the cockpit crew heard it and became alarmed, even with the cockpit door closed and locked. They immediately contacted the cabin crew to check on the situation. The passenger was extremely rude to the crew, calling them inappropriate names and using offensive language. Given the facts above, the passenger was removed from the flight and denied boarding.

After the incident, Alec Baldwin decided that Twitter had been fun but it was time to end it all. He committed Twitter-suicide (that’s thing now) and killed his account. His account now says “Deactivated”.

UPDATE – Alec Baldwin has responded with an editorial on Huffington Post. Here’s an excerpt:

Airlines in the US are struggling with fuel costs, labor costs, bankruptcies, you name it. It’s no secret that the level of service on US carriers has deteriorated to a point that would make Howard Hughes red-faced. Filthy planes, barely edible meals, cuts in jet service to less-traveled locations. One of the big changes, in my time, is in the increase of the post-9/11, paramilitary bearing of much of the air travel business. September 11th was a horrific day in the airline industry, yet in the wake of that event, I believe carriers and airports have used that as an excuse to make the air travel experience as inelegant as possible.

You can read the rest of the article here.